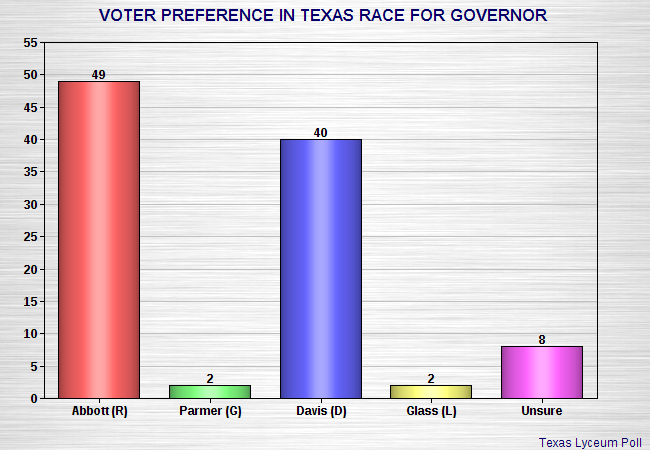 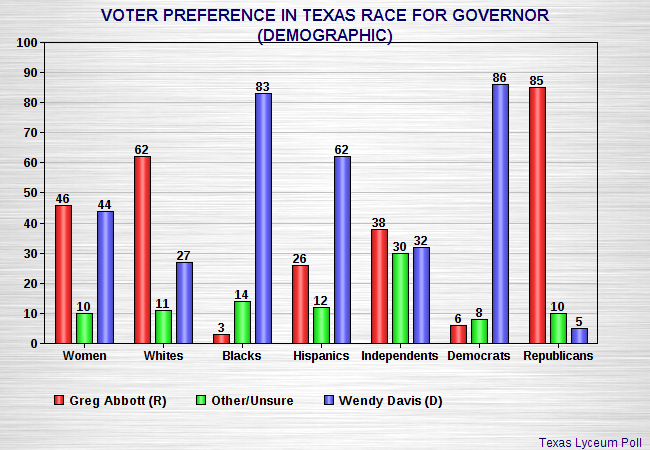 The newest survey on the governor's race in Texas was done by The Texas Lyceum. Their poll was conducted between September 11th and 25th of a random sample of Texas adults, and has a 3.1 point margin of error.

I have to admit the numbers are very disappointing -- showing Wendy Davis, the Democratic candidate, trailing Republican Greg Abbott by about 9 points. While not impossible, that's a huge margin to have to make up in the last month of the campaign. The poll was done before the debate between the candidates was held and televised statewide -- and Wendy did well in that debate.

Why the large margin? Blacks, Whites, and Hispanics are breaking in about the numbers expected, and if the Democratic effort to register more Hispanic and urban voters was as effective as expected, one would expect this to be a pretty close race by now. The reason it isn't very close resides with the women's vote.

Note in the chart above that Abbott actually has a 2 point lead among Texas women (46% to 44%). That is within the poll's margin of error, which means the two candidates are currently splitting the women's vote. That's disastrous for Wendy (as it would be for a Democrat almost anywhere). She needs to have a significant advantage among women, and then have them turn out in large numbers on election day. If the two candidates split the women's vote in November, then Wendy will lose. 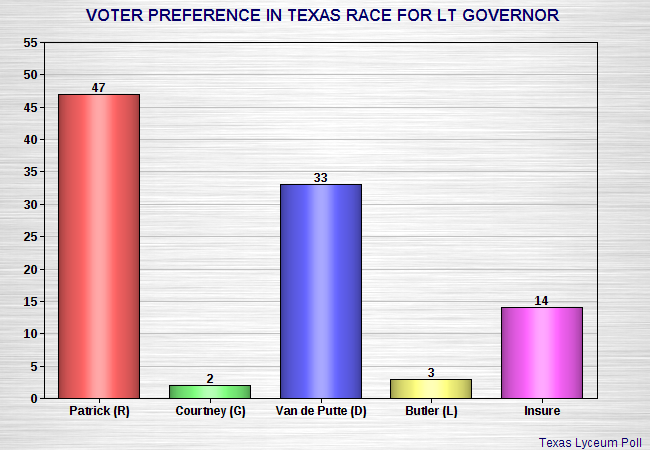 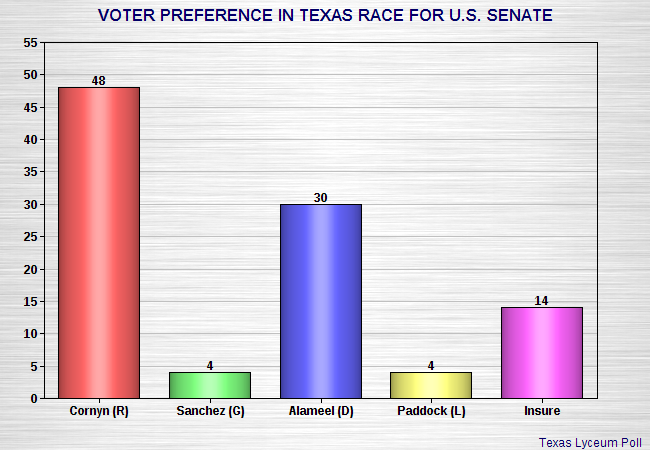