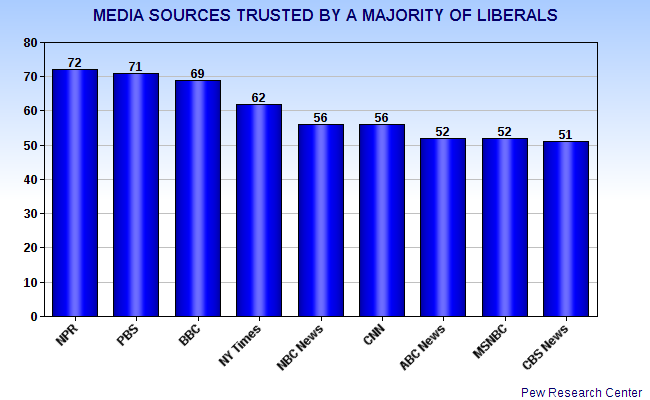 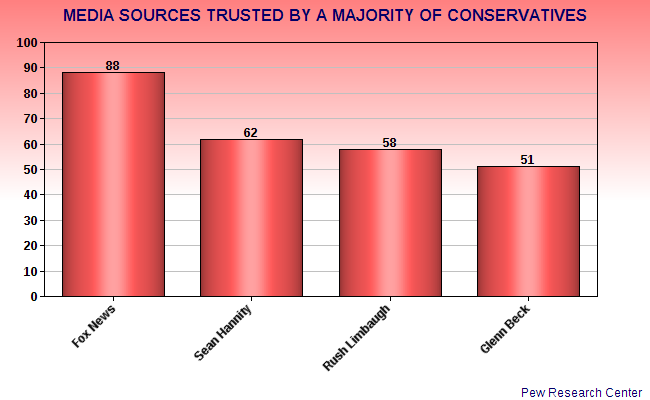 There was a time in this country when national news was given to Americans by only three TV sources -- CBS News, NBC News, and ABC News. And these three sources did a pretty good job of bringing the facts to the public about what was happening in this country. Liberals and conservatives had differing views on how to solve the nation's problems, but both sides were basically operating from the same set of facts -- and that dealing with the same set of facts helped to encourage cooperation and compromise for the good of the country.

That is no longer the case. As we have seen from the last few years of watching our congressional politicians, cooperation and compromise have been tossed out the window. Why has this happened? I believe one of the major reasons is that liberals and conservatives are no longer operating from the same set of "facts". Their are more media sources available now, and some of those sources are not as interested in facts as much as propaganda.

The charts I exhibit here clearly show that. They were taken from a survey by the Pew Research Center that was done between March 19th and April 29th of this year. It surveyed a random national sample of 2,901 adults, with a 2.3 point margin of error (5.5 points for only conservatives and 5 points for only liberals).

It is no wonder that the two sides can no longer cooperate and compromise -- because they not only have different ideologies, but they are not even operating from the same set of "facts". And one side, the conservatives, no longer operate from facts at all (but from spoon-fed propaganda).

This needs to change, or this country will continue to be gridlocked far into the future. I think we could start by requiring the media to tell the truth (and punishing them when they lie). Canada does that, and there's no reason why this country couldn't do it too. Everyone is entitled to their own ideology, but no one is entitled to their own set of "facts". Facts must be true, or they are meaningless. 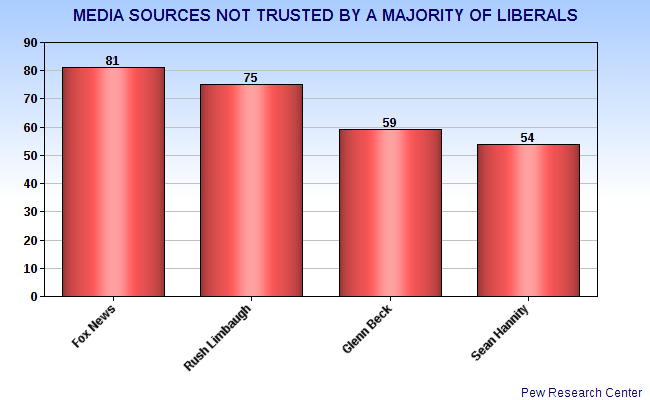 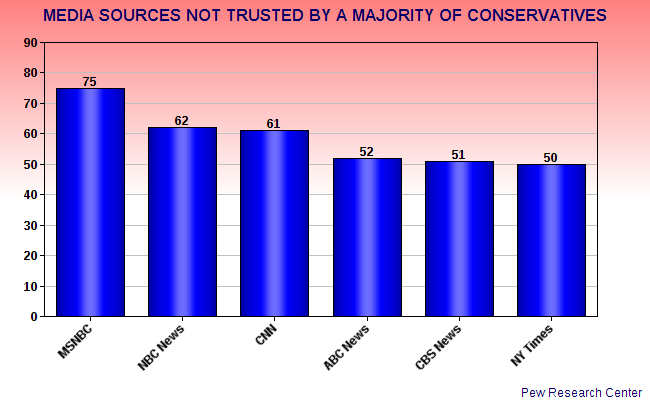