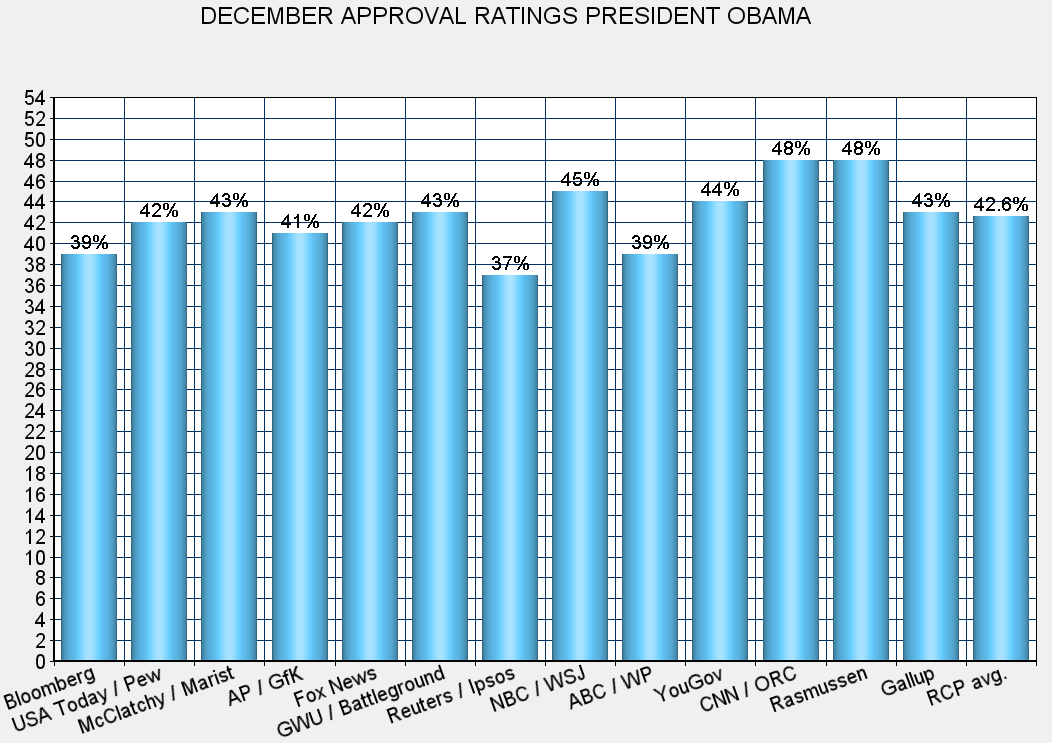 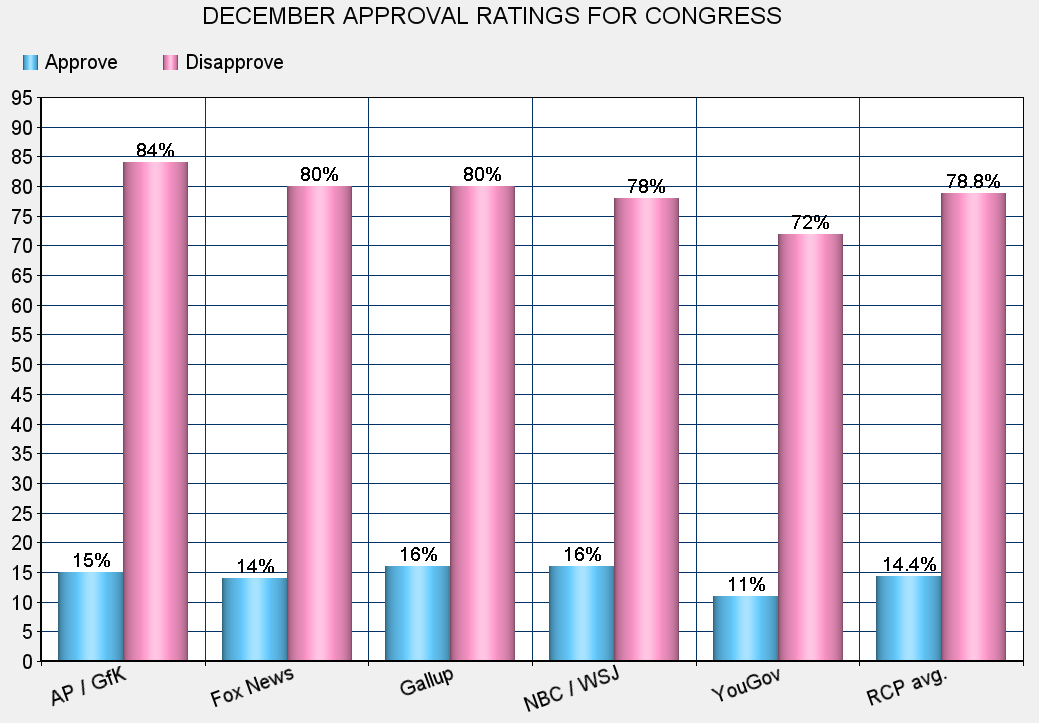 Republicans and the media have bragged for months now about how "low" the approval ratings are for President Obama. But while the president's approval rating could be better, it looks great when compared to that of Congress. And that is still true when the December ratings are viewed.

The charts above were made from numbers provided at RealClearPolitics. They show the approval ratings of both President Obama and Congress during December -- with the oldest polls on the left to the newest on the right. The number on the far right is the RCP average of all December polls. There were fewer December polls on Congress, so I was able to include their disapproval numbers on that chart.

I think some Republicans are thinking the approval of Congress will improve once they take over both houses in January, but if so, then they are living in a dream world. A big reason why the numbers are so low for Congress is because of the ridiculous behavior of the House of Representatives (which the GOP has controlled since 2011), and recent polling has shown the public doesn't expect Congress to improve in the new year.

I think the numbers for Congress will still be in the toilet this time next year.
Posted by Ted McLaughlin at 12:04 AM