Is This The Season For Santa Or Jesus (Or Neither) ? 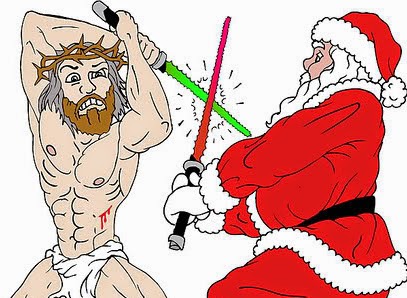 (This image is from the Photobucket page of Matthew Yankush.) 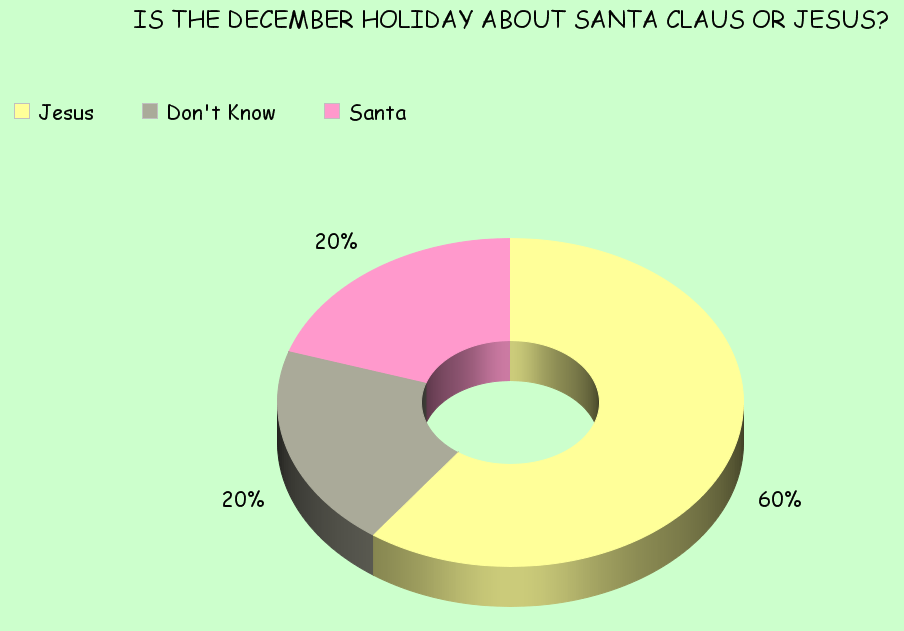 Chart is from a Rasmussen Poll -- done on December 8th and 9th of a random national sample of 1,000 adults, with a 3 point margin of error.

As the holiday season approaches, we once again hear the tired old christian whining about the "war on christmas". Christians, especially the fundamentalists, want to claim the seasonal holiday as their own -- and they resent anyone celebrating it in any way other than a christian religious holiday. They will probably then be disappointed by the results shown in the chart above. It shows that while 60% of Americans do see this as a religious holiday, another 40% do not. About 20% just view it as a fun secular holiday celebrating the mythical Santa Claus, while another 20% are just happy to have a holiday and don't care about either Santa or Jesus.

This is not indicative of any kind of "war on christmas". No one resents the christians celebrating the holiday as a religious one -- as long as they don't try to force others to also recognize it as such (by injecting their religious beliefs into public schools or on government property -- both of which are shared by people of other faiths, or no religious faith).

The truth is that since the dawning of civilization, people have celebrated the winter solstice season in many different ways. This was going on for thousands of years before the invention of christianity (or any other modern religion), and I'm sure it will continue far into the future -- both as a religious and a secular celebration.

Celebrate this wondrous time of the year in whatever fashion you wish. Just respect the right of your fellow humans to do the same, even if they wish to do it differently than you do.
Posted by Ted McLaughlin at 12:04 AM