About 46% Of Americans Are Still Struggling In This Economy 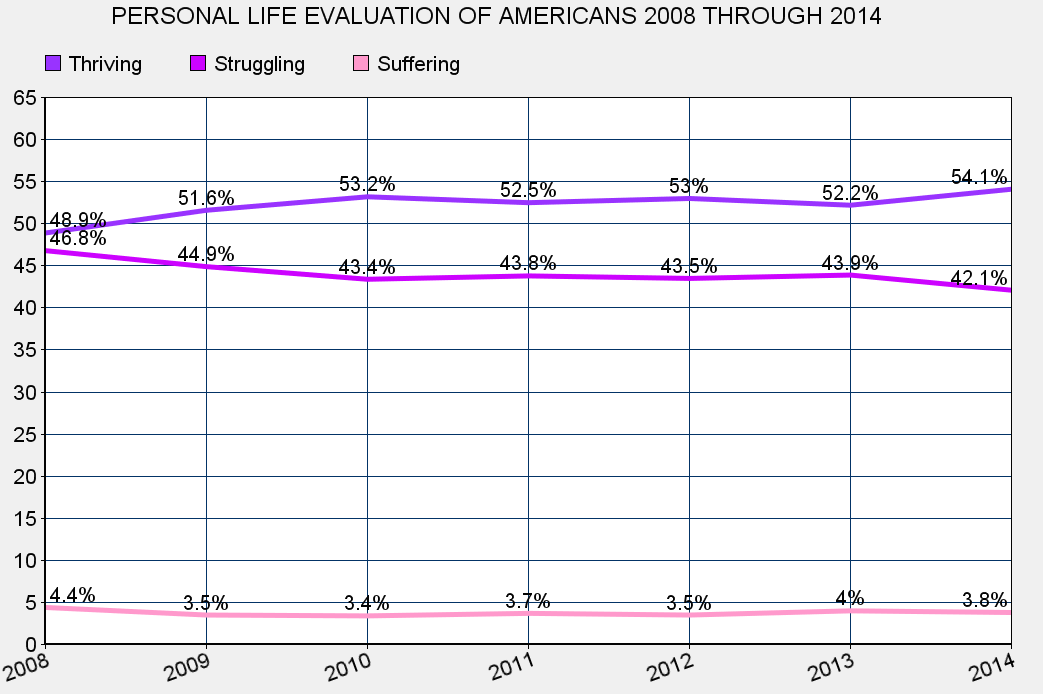 I found this Gallup Poll interesting. It's a slightly different way of looking at how Americans are doing in this economy. Every year since 2008 (the first full year of the Bush recession), Gallup has done a survey of the "life evaluation" of American citizens -- rating each individual as thriving (doing well), struggling (having trouble meeting financial obligations), or suffering (unable to meet those obligations). Here is how they determine that:

Gallup classifies Americans as "thriving," "struggling," or "suffering" according to how they rate their current and future lives on a ladder scale with steps numbered from 0 to 10 based on the Cantril Self-Anchoring Striving Scale. Those who rate their present life a 7 or higher and their lives in five years an 8 or higher are classified as thriving, while those who rate both dimensions a 4 or lower are considered suffering. Respondents whose ratings fall in between are considered struggling.

The good news is that 54.1% of the population is thriving -- the highest percentage since the survey has been taken (and since the recession's start). This means more people are starting to put the lingering effects of that recession behind them, and returning to a normal life.

The bad news is that 45.9% of Americans still find themselves trying to recover -- with 42.1% classified as struggling, and 3.8% as suffering. That 3.8% may not sound like much, but it translates into over 12 million people. Those struggling are about 133 million people. That means over 145 million people are still struggling in this economy -- a shameful figure for the richest nation in the world.

The chart below shows the groups having the most trouble recovering (click on chart to get a larger version). It's no surprise who those groups are -- those making under $24,000, those making between $24,000 and $48,000, and seniors. Also unsurprising is the fact that those are the very groups the congressional Republicans want to cut help for -- so they can give more to the rich and the corporations.

Is this really what we want from our elected officials? Were they really elected to make life harder for the 46% of Americans who are already having a tough time? Do we really think the rich and the corporations need more money at the expense of those struggling and suffering individuals? 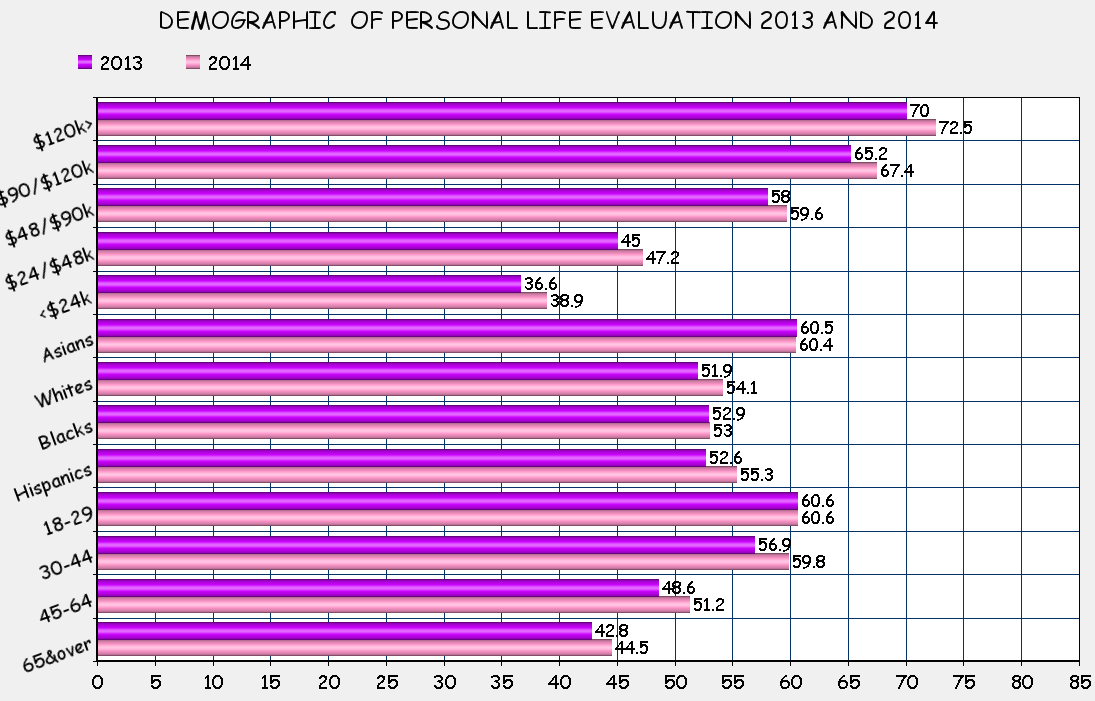