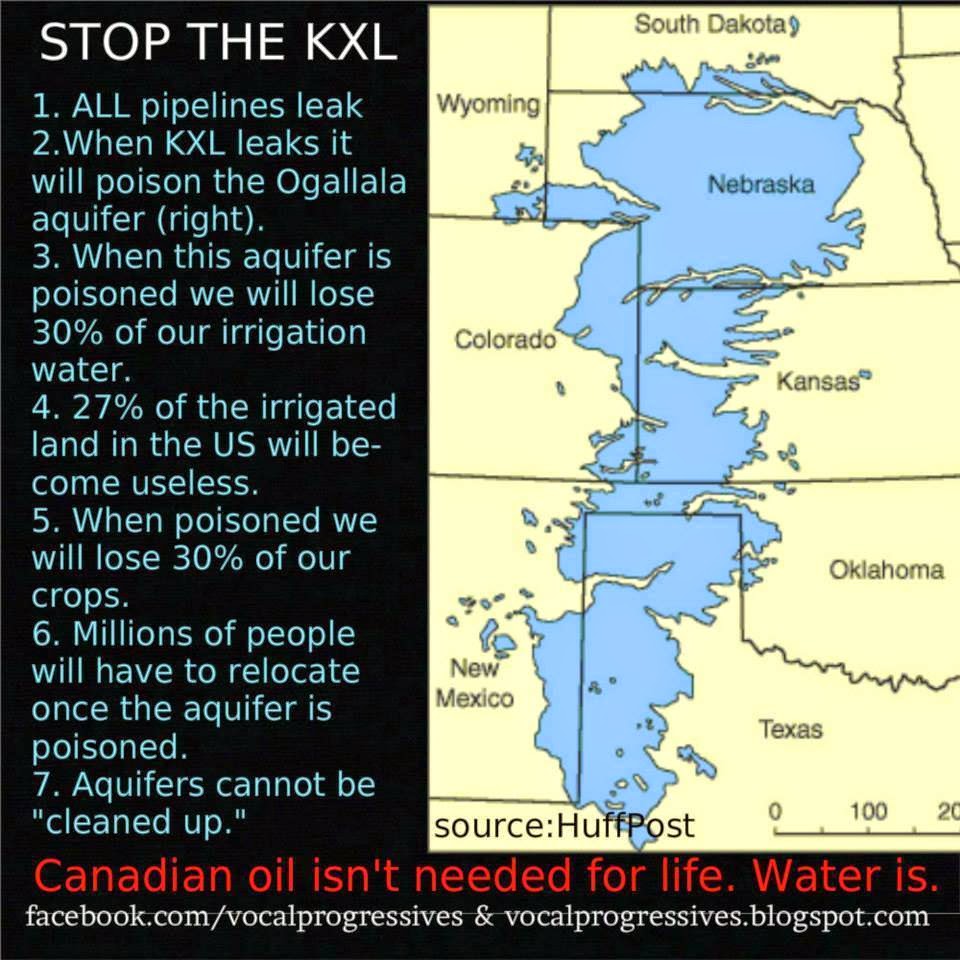 There has been a debate over whether the Keystone XL pipeline should be built or not for months now. That pipeline would bring Canadian tar sands oil to the United States gulf coast. Republican leaders in Congress have said that would be one of the first things they do since they now control both houses of Congress -- pass a bill forcing the building of that pipeline.

Republicans like to quote a government study that said the pipeline would create 42,000 jobs. But that's not what the study showed (and they know it). That study said building the pipeline would buoy that many jobs that already exist, but would produce only 35 new permanent jobs (a fact the GOP conveniently leaves out). The pipeline is not a job creator, and never was meant to be.

As for the argument that the pipeline will reduce America's dependence on foreign oil -- that is just laughable. The oil destined to be carried by the pipeline is foreign oil (from Canada), and is meant to be sold overseas (primarily in Asia).

That brings us to the final argument -- that the Keystone XL pipeline will somehow be magically better than all other pipelines, and will not be a danger to our environment (including the largest aquifer in this country (see image above). That is just a sick joke. There is nothing about this pipeline that makes it better than other pipelines. In fact, it might be worse since the oil it carries is more toxic to the environment and is harder to clean up. Pipeline leaks are not rare in this country, but are almost a daily occurrence -- and there is no reason to believe this new pipeline will be any better.

The White House has said the president will veto any bill coming out of Congress to force the building of the pipeline. I hope that is true. This pipeline makes no economic sense (except to Big Oil), and could well be an environmental disaster.
Posted by Ted McLaughlin at 12:08 AM