The Middle Class Has Shrunk In All 50 States 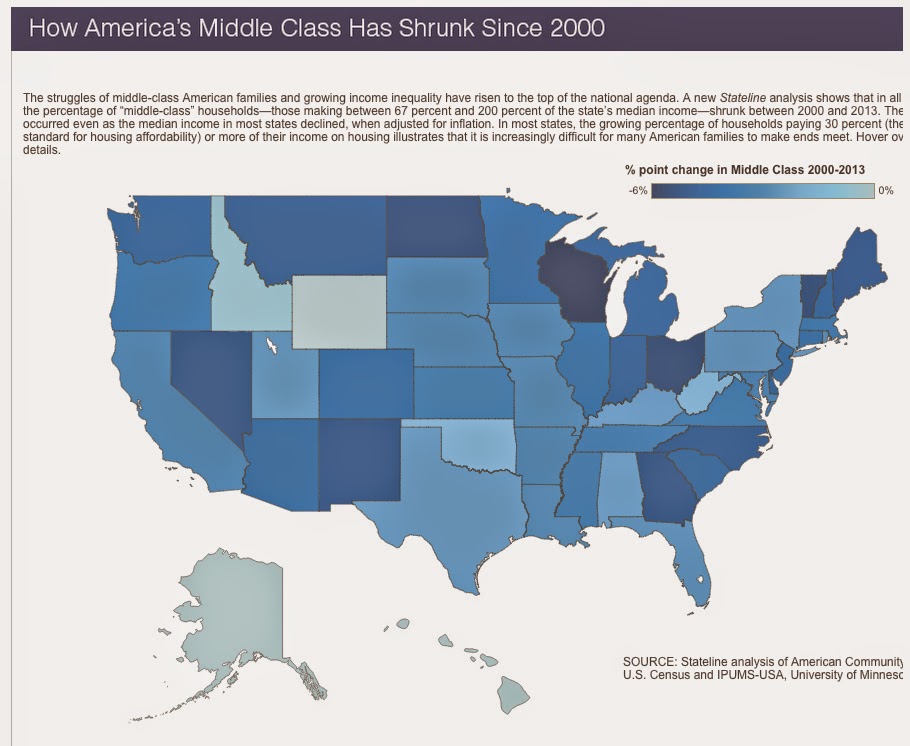 Between 2000 and 2013, every state in the United States has seen it's number of middle class families shrink. It is just a regrettable fact that the trickle-down economic policies put in place by the Republican Party has tilted the economic playing field to favor the rich and the corporations at the expense of all other Americans. And in spite of the fact that those policies caused the biggest recession since the Great Depression, the Republicans in Congress refuse to allow those economic policies to be changed.

While the richer have recovered from the recession and are richer than ever before, and the corporations are once again making record-breaking profits, the other segments of our society have not fared so well. The poor are poorer than ever and their ranks are growing, working class families are still seeing their buying power drop (as wages remain stagnant and inflation grows), and the middle class continues to shrink.

The map above shows the states where the middle class has shrunk. Note there are no states in white (which would mean the middle class didn't shrink). It shrunk in every single state (with the percentage being the highest in the darkest colored states). The shrinkage of the middle class is a serious matter, because if it continues (as it will if our economic policy is not changed) then we will wind up as a giant banana republic -- composed only of "haves" and "have-nots".

The charts below show the percentage drop of middle class families in each state: 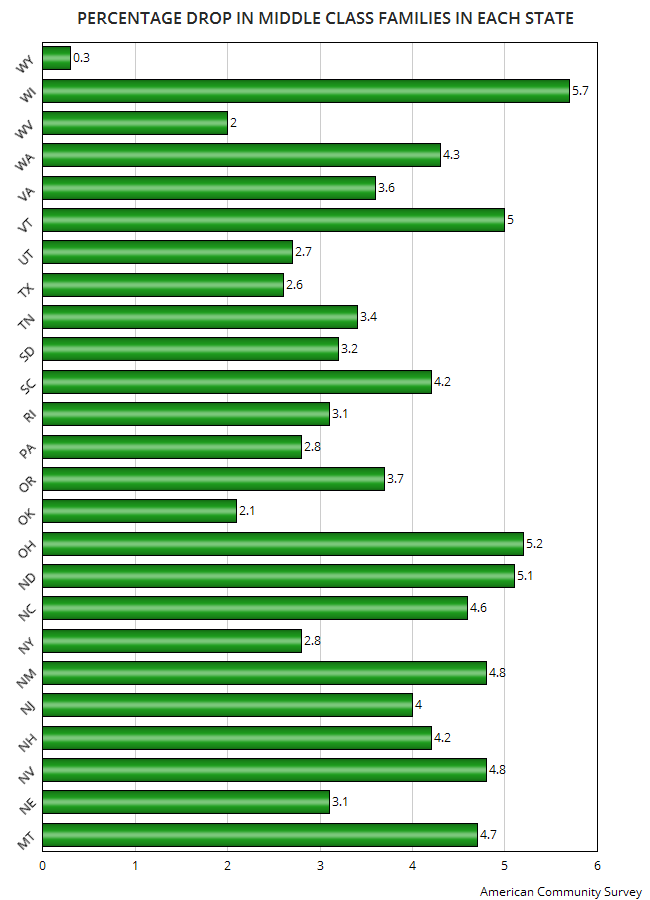 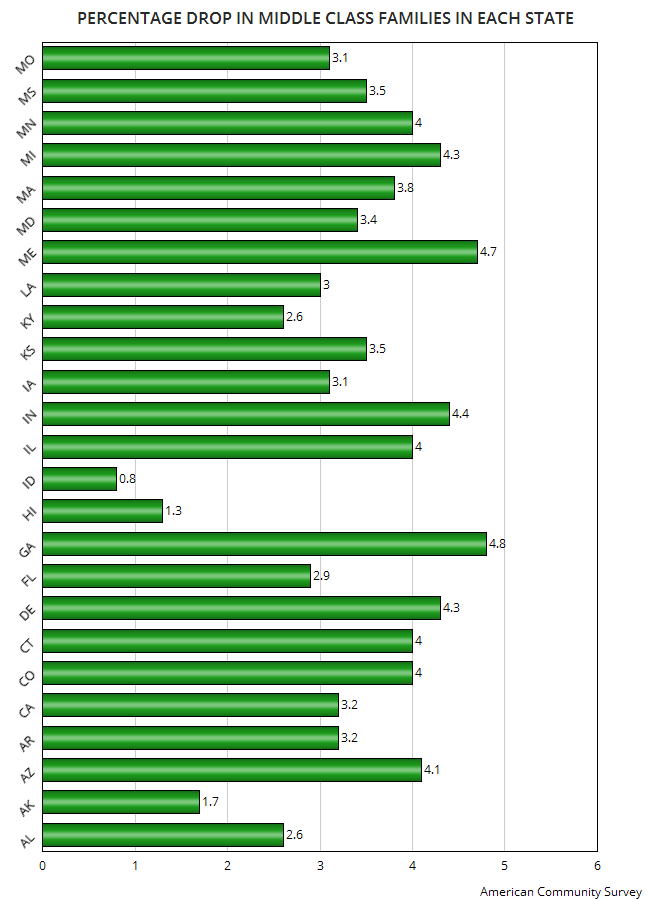