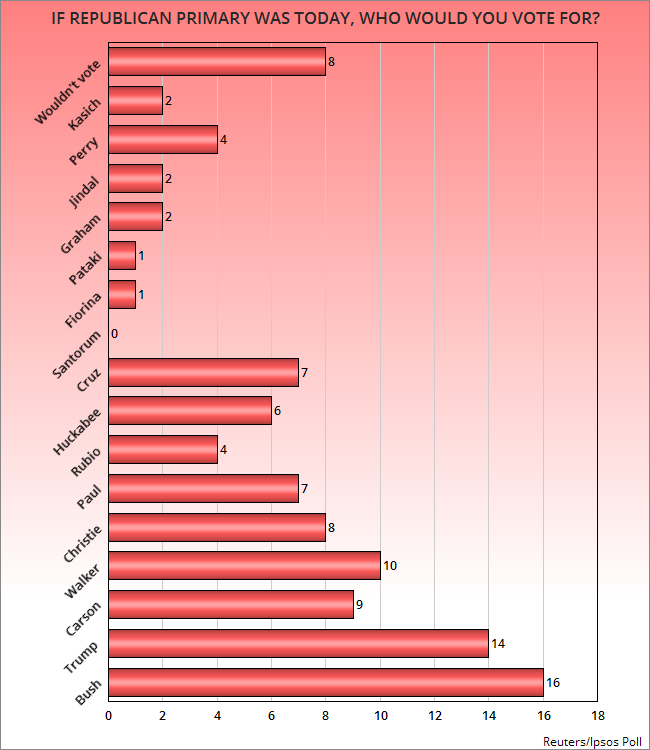 As you can see, Donald Trump is still riding his anti-immigrant wave that appeals to a good portion of the GOP base. He finished in second with 14% support -- only two points behind Bush, who had 16%. Considering the poll's margin of error, this puts the two in a virtual tie for the lead right now.

Has Trump reached the nadir of his support. I believe he has, and will probably not get much more support -- but I could be wrong. The Republicans could be even dumber than I thought. We'll just have to wait and see.

The numbers are pretty much the same on the Democratic side. Hillary Clinton registers majority support with 52% -- 31 points better than Bernie Sanders, who finished second with 21% support. 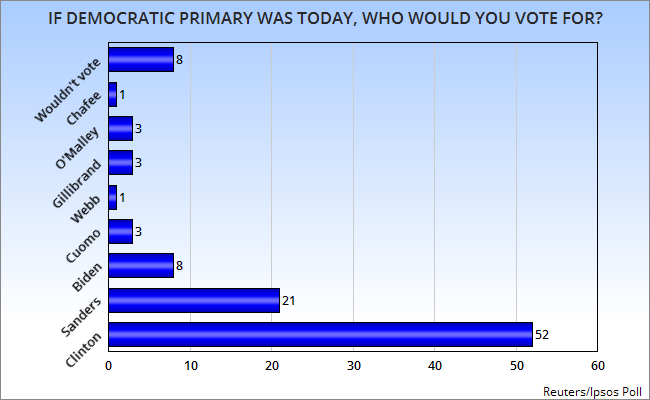