Trump Grabs A Quarter Of GOP In New National Poll 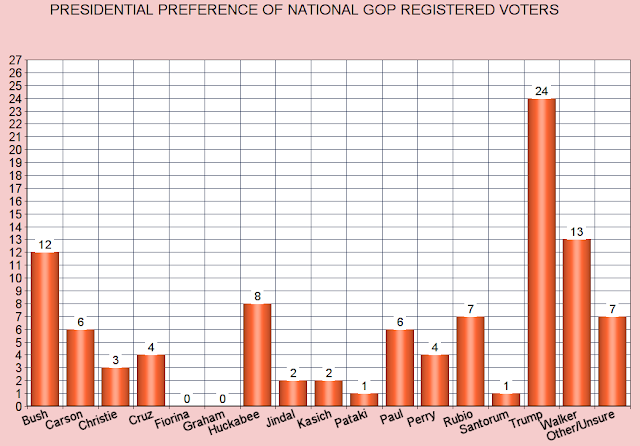 These charts were made from information in a new ABC News / Washington Post Poll. The survey was done between July 16th and 19th of 815 registered national voters, and has a margin of error of 4 points (with that moe being a little more for just Democrats and Republicans).

It looks like support for Donald Trump continues to grow among Republican base voters. He has a big lead in this latest national poll with nearly a quarter (24%) of registered Republicans supporting him. That's an 11 point lead over Scott Walker (13%) and a 12 point lead over Jeb Bush (12%). No other candidate was in double-figures, with Huckabee leading the other at 8%.

Let me offer a word of caution here. Most of this survey was done before Trump made his remarks about John McCain not being a hero -- a remark that seemed to upset a lot of the other candidates. We'll have to wait until another national poll is done to see if that has affected Trump's popularity.

Nothing has changed on the Democratic side. Hillary Clinton still maintains a large lead with support from 63% of registered Democratic voters. Sanders finished 49 points behind with 14% support. Sanders has been drawing large crowds at his recent appearances, but at least so far, that has not translated into growing support among the Democratic base. 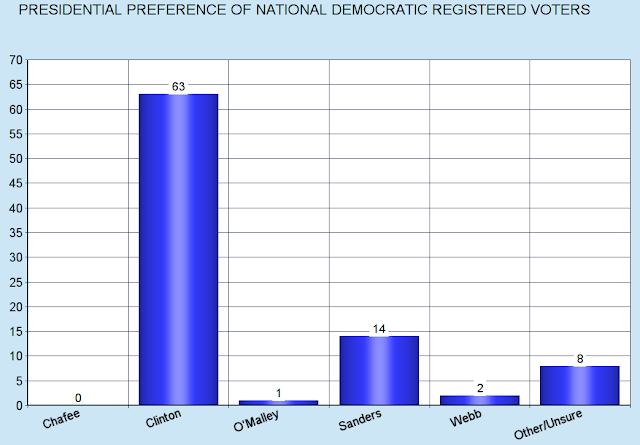