Trump Leads Republicans -- But Would Lose Bad To Hillary 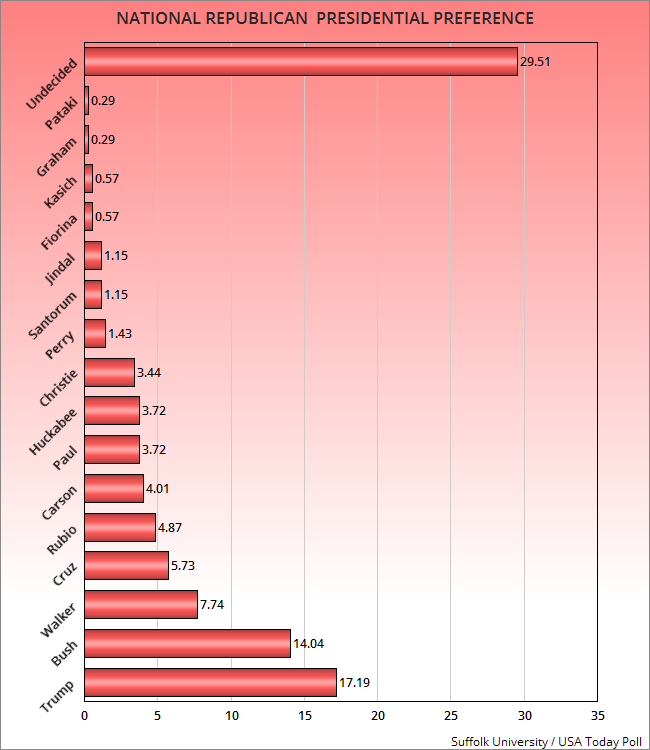 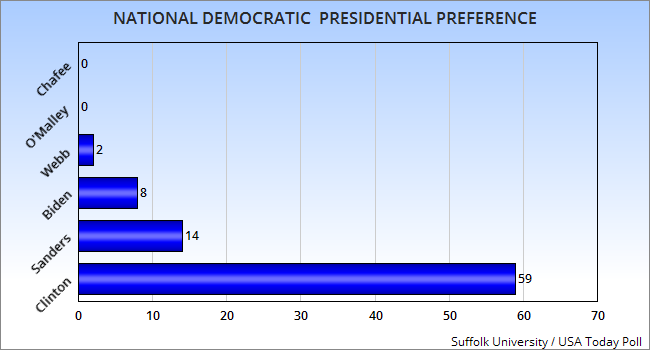 These charts were made with information from a new Suffolk University / USA Today Poll. The survey was done between July 9th and 12th of a random national sample of 1,000 adults, with a margin of error of 3 points. It included 349 Republicans (moe of 5.25 points) and 434 Democrats (moe of 4.7 points).

As some other recent polls have shown, Donald Trump is leading among the GOP candidates. He has 17%, compared to 14% for Jeb Bush. No other candidate was able to even reach 8%. This doesn't guarantee Trump will win the nomination (or even last through the campaign) -- but it does guarantee that he will be in the first Republican debate (about three weeks from now).

Suffolk University withheld the Democratic numbers so USA Today could report them -- but they didn't contain any surprise. Hillary Clinton still commands a substantial majority (59%) of the Democratic support -- 45 points more than Bernie Sanders, who had 14% support.

But perhaps the most important part of the Suffolk poll was when it asked respondents if they would vote for Hillary Clinton against the top seven Republicans. Clinton still tops all of the Republicans -- and beats the leading Republican (Donald Trump) by the largest margin of any Republican. 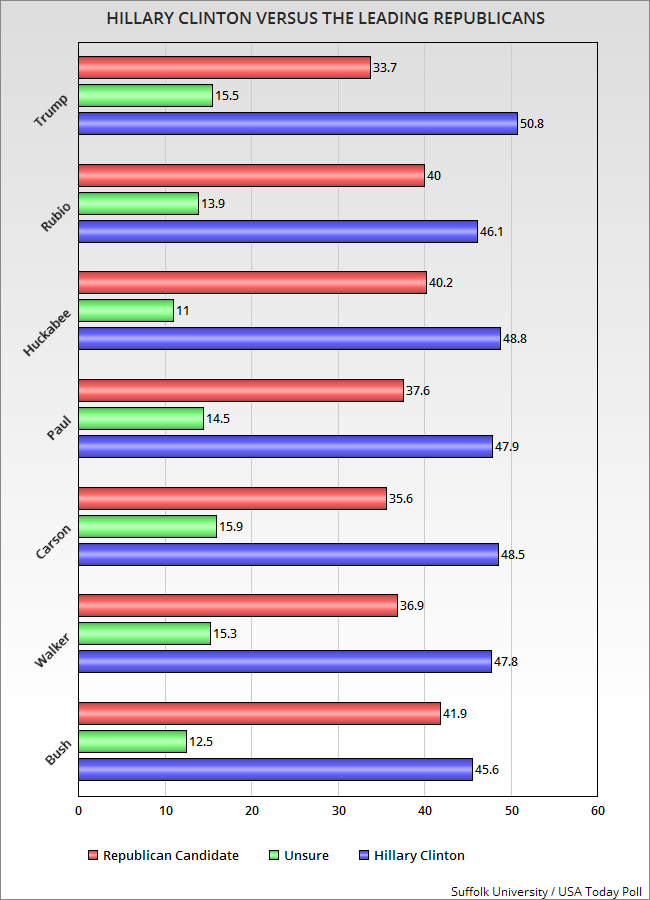