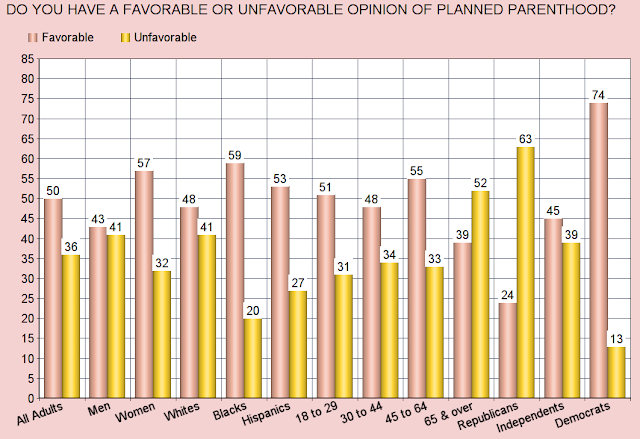 Recently an anti-abortion group tried to help the congressional Republicans bring down Planned Parenthood by issuing a heavily-edited film of the group. That editing made it look like Planned Parenthood does abortions so they can make money by selling "baby parts" to researchers. Of course, it is an outrageous LIE! Planned Parenthood does not do any such thing! They have never profited in the past by doing this, and they won't profit in the future.

The chart above was made from information provide by a recent YouGov Poll -- done between July 30th and August 2nd of a random national sample of 1,000 adults, with a margin of error of 4 points.
Posted by Ted McLaughlin at 12:04 AM