Why Do Some Leftists Insist On Repeating Right-Wing Lies? 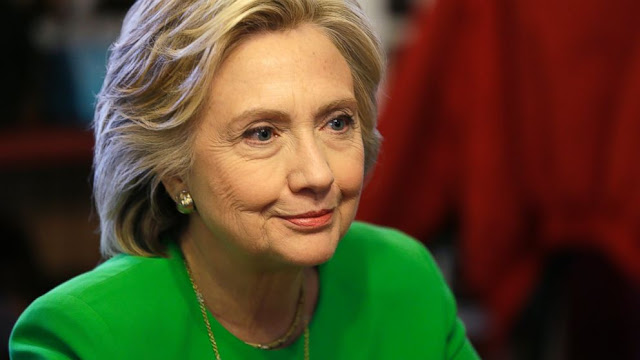 (This photo of Hillary Clinton is from ABC News.)

Before this campaign for president started, progressives were united in their effort to expose right-wing lies. But it seems that has changed. Now some, many of those who support Bernie Sanders, are perfectly willing to accept right-wing lies about Hillary Clinton -- and even pass them on to their friends (and anyone else who will listen).

Understand, I am NOT accusing Bernie Sanders of this. He (and Clinton) have both kept their campaigns on the issues -- and both are to be congratulated for that. It is refreshing to see that.

But while Sanders has taken the high road, that is sadly not true of too many of his supporters. They seem perfectly willing to pass on right-wing lies about Clinton. I am talking specifically about the so-called "e-mail scandal".  I can understand why the right wants to spread the lie that somehow Clinton has done something wrong by using a private e-mail server. They know they would have little chance to defeat her in a general election, so they are doing everything they can to smear her (which is the normal way of campaigning for the GOP).

But it is disappointing to see progressives engaging in this same kind of campaigning. I had thought my progressive brothers and sisters were better than that. Could it be that they realize that Clinton and Sanders are very close on most issues, and they now think their candidate cannot win on the issues? Do they think, like the Republicans do, that the only way to beat Clinton is to smear her good name by repeating right-wing lies about her?

Let's make one thing very clear. Hillary Clinton did nothing wrong by using a private e-mail server. She did not break any laws (or even any Obama administration rules). She did not expose classified information on the private server. And she did nothing that Secretaries of State have not done in the past.

The truth is that the Democrats have two great progressive candidates -- and both are to be congratulated for running clean campaigns. It is time for their supporters to do the same. Smearing opponents with lies is not a tactic that any Democrat should engage in. It is a tactic that Democrats (and progressives in general) have always opposed. It is time to live up to our principles -- regardless of which candidate we support. 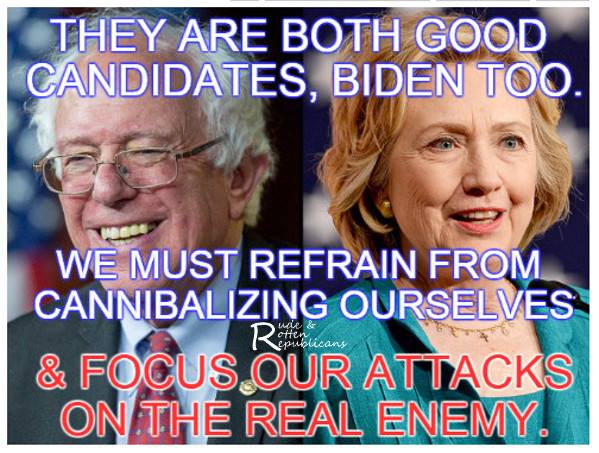