Russia And United States Should Both Get Out Of Mid-East 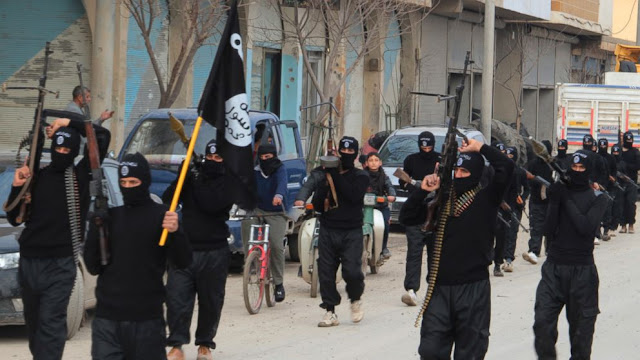 The United States is not the only super-power involved in the ongoing war in the Middle East now. The Russians have decided to jump in, and have already sent weapons and troops to the area -- and that has politicians of both U.S. political parties whining loudly (saying Russia is only interested in saving the Syrian dictator).

Both the United States and Russia claim they are going to save the world from ISIS, and from terrorism. That is ridiculous. ISIS is not a real threat outside the Middle East, and terrorism can be handled much better in a different way (diplomacy, intelligence-gathering, and law enforcement).The truth is that both want to be seen as "savior" of the Middle East.

And neither can accomplish that rather suspect goal. Both countries will be viewed as outsiders invading the muslim world (and in the case of the U.S., christian invaders attacking muslim countries). And that, combined with the killing of innocent civilians (which both will do) can only increase muslim opposition -- and help the ISIS efforts to recruit even more people to their cause.

The sad fact is that both Russian and U.S. involvement just make the situation worse. ISIS is a problem for the Middle East countries -- and it must be solved by those countries. Right now, those countries are not involved in the fight (or have only a very minimal involvement). They are still involved in the Sunni-Shiite debate, and won't enter because they don't want to help or hinder the faction they oppose or support.

But if the United States and Russia weren't involved, these countries would have to step up and handle the ISIS threat themselves -- and ISIS is a radical group that would love to take over the entire Middle East (both Sunni and Shiite countries). They don't respect either muslim faction, and the countries in that region know that. They just are happy to let the Russians and Americans do their fighting for them.

Could ISIS win if the United States and Russia weren't involved? Those two countries will say yes, but I doubt that's true. If the super-powers get out of the way, the other muslim countries would have to get involved (because they know ISIS will take them on one by one) -- and those countries have many more troops and much more firepower than ISIS does, and they would be fighting for their own survival.

This situation won't be solved as long as the United States and Russia are involved. They both need to leave, and let the muslim countries handle the problem. They are the only ones who can.
Posted by Ted McLaughlin at 12:06 AM