Trump's "Pie-In-Sky" Tax Plan Would Be A Disaster For U.S. 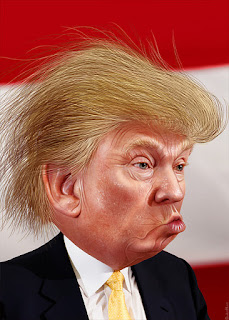 Donald Trump made the news yesterday by releasing his tax plan. On the surface, this plan may sound good to a lot of people, because it purports to reduce taxes for all Americans -- and nobody loves to pay taxes (no matter how necessary they are).

But if you look beneath the surface, you find this plan is not really the wonderful idea he has tried to paint it as being. First, he says he will eliminate taxes altogether for those making less than $25,000 a year (or $50,000 for married couples). But guess what -- those people pay little or no taxes already. This cut would mean nothing to the poor or the low-wage workers, and be only minimal for the rest.

The same can be said of middle-income workers making more than $25,000. They would get a small cut, but that's all. I'm not opposed to that, but let's look at who Trump's plan really benefits.

Trump would like for you to think that his plan would make taxation much fairer, but the opposite is true. It would make the tax system even more unfair -- and it would radically increase the gap in wealth and income between the rich and the rest of America (setting us up for another depression -- far worse than the terrible Bush Recession).

And how would he pay for this plan? Again, all we get are smoke and mirrors. He says he would eliminate loopholes enjoyed by the rich. Unfortunately, those loopholes would not equal the amount of taxes cut. In fact, the richest Americans would still be paying less under Trump's plan even if those loopholes were eliminated.

And then Trump mirrors the failed predictions of Reagan and Bush II -- that lowering taxes would actually produce more in government revenue because it would spur economic growth. That didn't work for Reagan or Bush II, and it won't work for Trump. Lower taxes have never spurred economic growth (only increased demand can do that), and even an elementary school student could do this math (that cutting the amount of taxes collected would decrease the amount of government revenue collected). That is just a fact.

Trump's plan is just the same old flawed Republican plans. It hasn't worked in the past, and it won't work in the future. It's just an illusion that he hopes the American people will buy (so they will vote for him). Don't fall for it!

(NOTE -- The caricature of Donald Trump above is by DonkeyHotey.)
Posted by Ted McLaughlin at 12:08 AM