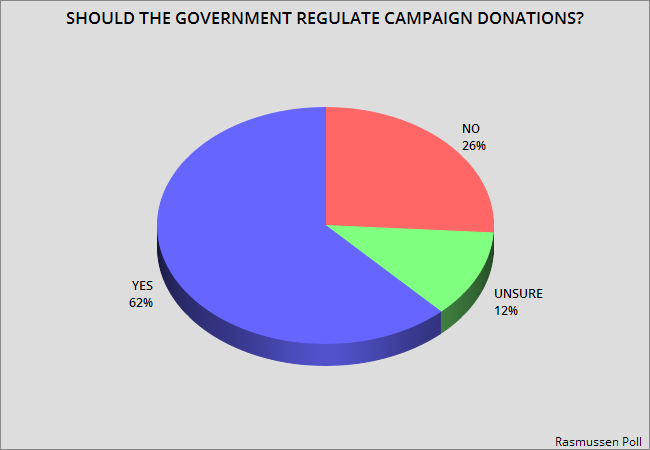 Ever since the misguided Supreme Court decision in the Citizens United vs FEC case, there has been huge amounts of money flowing into super-PACs and other organizations to affect our elections (especially the upcoming presidential election). Some have tried to reinstate those limits on donations, but those efforts have been blocked by Republican lawmakers. They like the new unlimited funding rules, because it mostly helps their own party. In fact, some would even like to go further, and eliminate the rules on how much money can be donated directly to a candidate's campaign.

But as happens so often these days, the Republicans find themselves disagreeing with the wishes of the American public. As the chart shows, 62% of Americans think the government should regulate all campaign donations. They don't like the unlimited (and sometimes secret) money being used to influence our electoral system. Only 26% agree with those Republican officials.