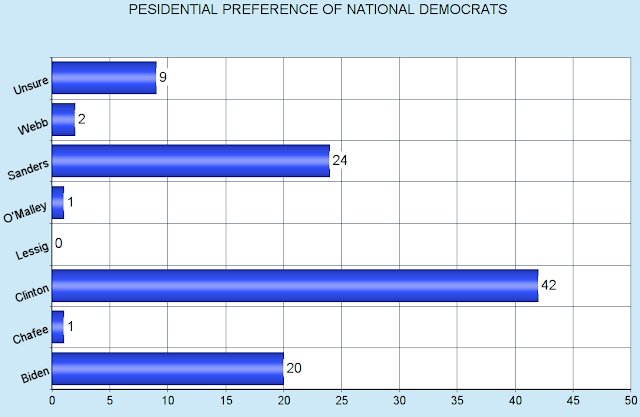 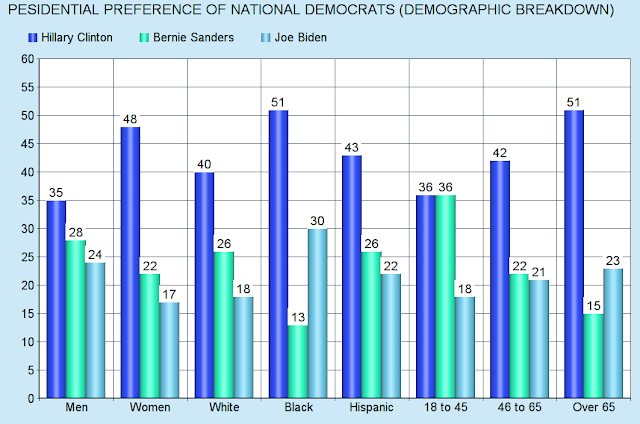 Once again, a respected national poll defies the story the media wants to tell about the race for the Democratic nomination (that Clinton is fading and Sanders is rising). The truth is that Clinton (42%) has a substantial 18 point lead over Sanders (24%) -- and Sanders is still mired in the mid-twenties. He may be drawing large crowds, but it isn't translating into increased support (since he has been in the mid-twenties since entering the race).

Those numbers are with non-candidate Joe Biden treated as a candidate. If you remove Biden, then Clinton's advantage over Sanders increases to 23 points (51% to 28%).

It'll be interesting to see if these numbers change after next week's Democratic debate. I know Sanders' supporters are counting on that to happen, but I think they are underestimating Hillary Clinton -- who is a better debater than they give her credit for.

These charts were made from the results of the new Public Policy Polling survey -- done between October 1st and 4th of a random national sample of 551 Democratic primary voters, with a margin of error of 4.2 points.

And just to see if there was a well-known Democrat who could seriously challenge Clinton, they matched her head-to-head against five well-known Democrats (Sanders, Biden, Warren, Kerry, and Gore). Those results are in the chart below. Like it or not, Hillary is the clear favorite for the 2016 nomination. 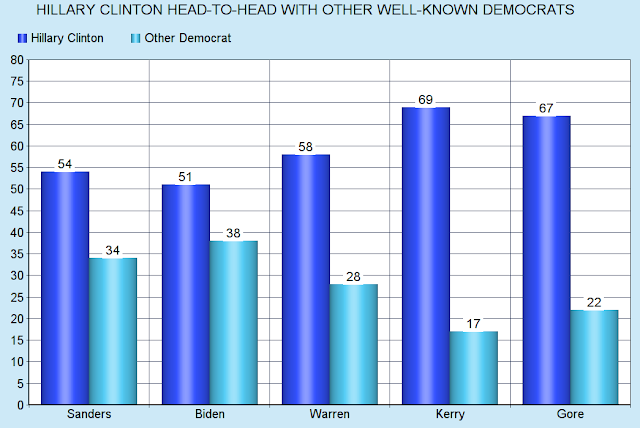