Clinton & Sanders Both Do Well Against Leading Republicans 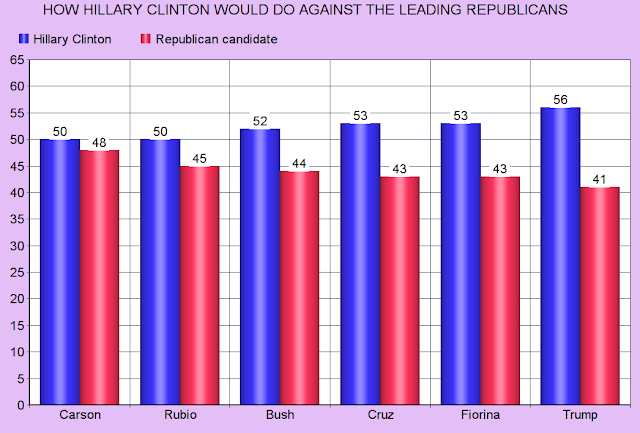 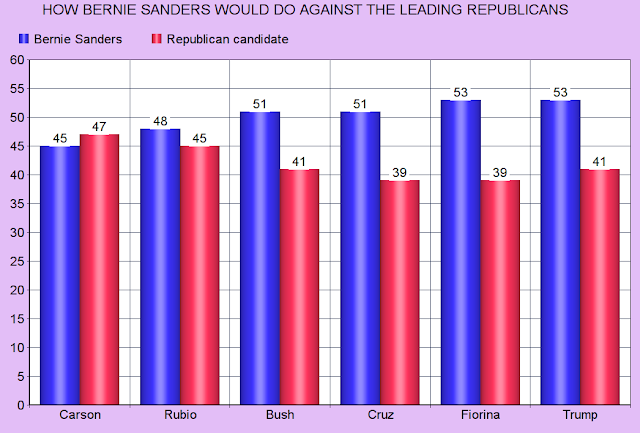 The charts above reflect the results of a new McClatchy / Marist Poll. The survey was done between October 29th and November 4th of a random national sample of 1,465 adults, and has a margin of error of 2.6 points.

The poll is good news for Democrats -- both Hillary Clinton and Bernie Sanders supporters. It shows that both of them would do well in a general election against the current leading Republican candidates. Only one GOP candidate comes close -- Ben Carson. Clinton leads Carson by 2 points, while Sanders trails him by two points (but both are within the poll's margin of error).

I still don't see Carson winning the GOP nomination, but even if he somehow does, I think his rather strange beliefs will eventually turn off the voters. It's still a long way to the next general election (about a year), but right now the Democrats are in a pretty good position -- no matter who they nominate.
Posted by Ted McLaughlin at 12:04 AM