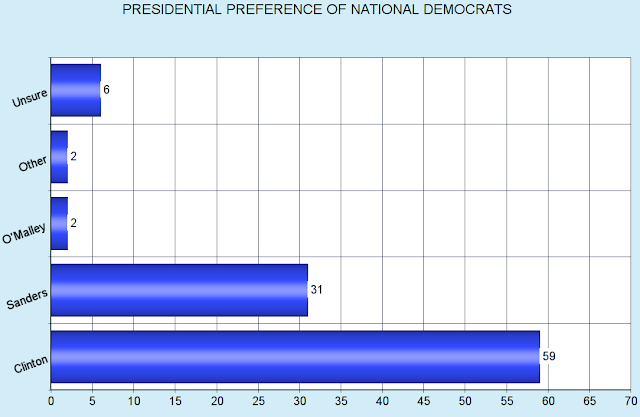 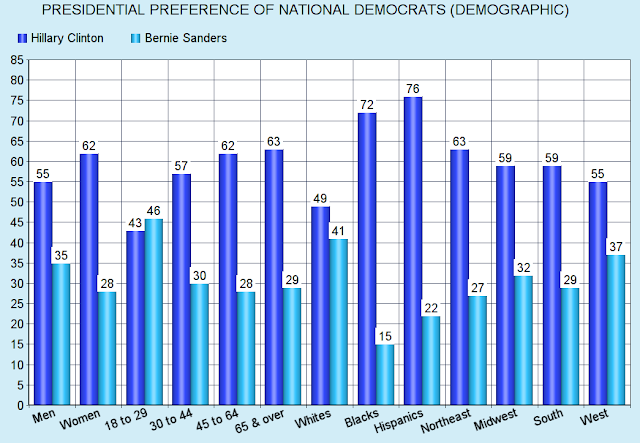 In the Democratic race, Hillary Clinton still enjoys majority support (59%). Her main opponent, Bernie Sanders, has the support of 31% of Democrats. The second chart shows the support from several demographic groups. Sanders is doing well with young voters (18 to 29) -- showing 46% support to 43% for Clinton. But that is not nearly enough to make up for the large margins Clinton has among all other groups.

In the Republican race, this poll shows Donald Trump holding a fairly significant lead with 32% support of Republicans. But that is still far from a majority -- and Carson, Rubio, and Cruz are all in double-digits. This race is far from over. 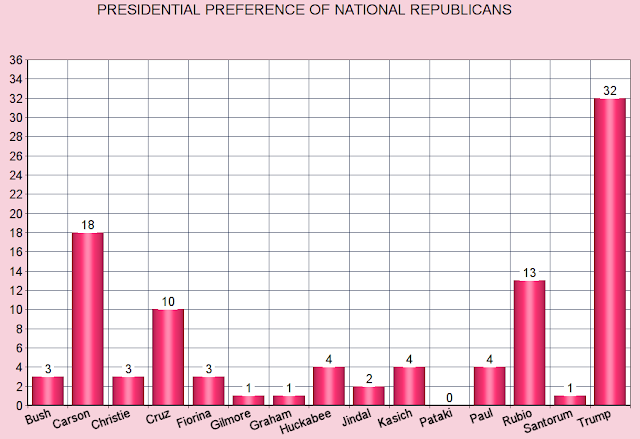