The Word Politicians/Media Won't Use For U.S. Terrorists 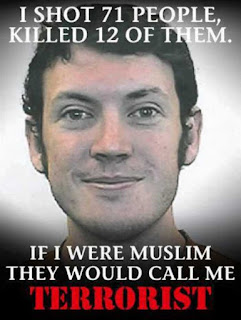 There is a lot of truth in the image to the left (from atlantablackstar.com). While our politicians and media are quick to use the term terrorist for a jihadist was murder, they have been loathe to do the same for a home-grown U.S. mass murderer.

The reason is obvious. This is a majority christian country, and if the politicians labeled home-grown terrorists as christian, they are afraid they would lose votes -- and the media won't call them that because they are afraid of losing viewers/readers. They don't mind labeling jihadists as muslim (even though there are billions of muslims just as horrified by the jihadist actions as we are), but are loathe to label terrorists as christians (even though most home-grown terrorists are christian extremists).

Isn't this unfair. In fact, isn't it discrimination to tie a minority religion in this country to terrorism, but to avoid doing that for the majority religion? Of course it is, and it is cowardice. The politicians (of both parties) and the major media should all be ashamed of themselves for engaging in this shameless discrimination. As a nation of immigrants who values religious freedom, we should be better than that. How can the population live up to our ideals if the political leaders and media won't? 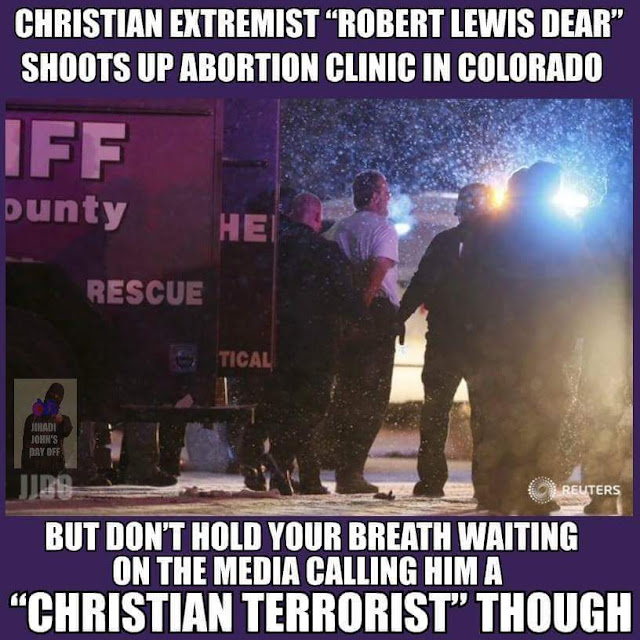