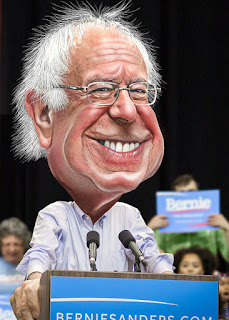 The Sanders and Clinton campaigns both make use of the database provided by the Democratic National Committee (DNC). But they do not share information with each other. There is a firewall separating the information collected by the two campaigns, and both campaigns have agreed to abide by that separation.

Unfortunately, one campaign has now violated that trust.

That firewall was down for a short time recently, and realizing they could now have access to the Clinton campaign data, four Sanders staffers jumped on the unethical opportunity and ran at least 25 searches of the Clinton data. They built lists and saved them to their own accounts. This was not just some volunteers. The effort was led by Sanders campaign political data director Josh Uretsky.

The DNC data base provider realized what was happening after about 25 minutes, and deleted the information collected in accounts they knew about. The DNC has now suspended the Sanders campaign's access to the database until an audit can be done to insure they possess no data they should not have. The Sanders campaign has fired Uretsky, but isn't cooperating with the audit.

Instead, they have gone to court to have their access returned, and say the denial of access is just the DNC trying to give Clinton an advantage in the primary election. That is ridiculous. The DNC has been very careful to stay out of the campaign, and if it had been the Clinton campaign stealing data, they would have denied them access for an audit.

This was nothing short of theft, and it was done by only one campaign -- the Sanders campaign. It cannot be fixed by blustery rhetoric or accusations. They need to apologize and give the DNC what it needs to clear up the situation and restore access.

Sanders has bragged since getting into the presidential race that he plans to run the most ethical campaign of any candidate of any party. Sadly, it looks like some of his employees don't have that same high ethical standard. They seem to think that anything goes as long as they think it will help their candidate. I can understand their frustration over Sanders being unable to turn the race into a real contest, but frustration doesn't justify theft or dirty tricks -- and their unethical actions tend to smear the entire campaign effort.

This mess will undoubtably come up in tonight's Democratic debate. I hope Sanders doesn't try to play it off as the DNC unfairly trying to help Clinton. If he does, I'll lose a lot of the immense respect I have for him.

(The caricatures above of Sanders and Clinton are from DonkeyHotey.)
Posted by Ted McLaughlin at 12:08 AM