Sensible Gun Laws DO Save The Lives Of Innocent Citizens 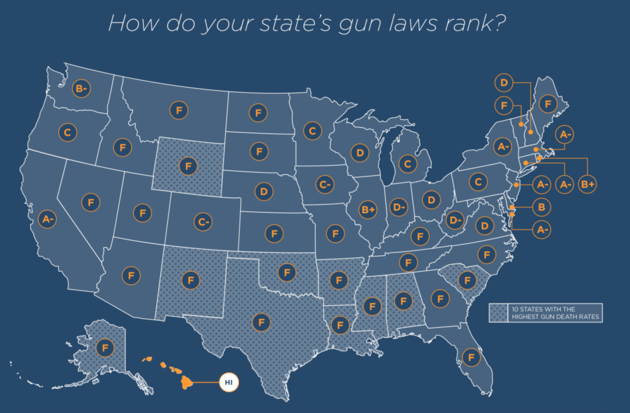 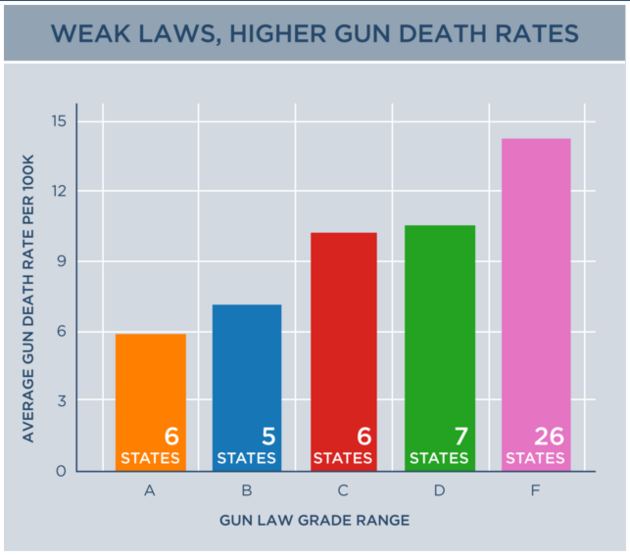 Republican politicians, parroting the NRA, claim that gun laws don't work. They are wrong, and the evidence showing that is piling up (although they could work even better if all states had the same sensible gun restrictions). Here is how Nick Wing at the Huffington Post describes the latest information on this subject. I include only a portion of his article -- there is much more and it's well worth reading.


With gun violence claiming more than 30,000 lives in the U.S. each year, there's plenty of debate over how, or if, public policy can drive these numbers down toward the rates seen in the rest of the developed world.
Many lawmakers on Capitol Hill, along with their powerful allies in the gun lobby, maintain that trying to do so is pointless, which could help explain why Congress hasn't passed a single piece of gun control legislation in recent years. But a new study released this week could add to a growing wealth of research that calls into question the supposed ineffectiveness of gun regulations.
The 2015 Gun Law State Scorecard, which the nonprofit Law Center to Prevent Gun Violence published Wednesday, finds that states with stricter regulations on guns see lower rates of gun deaths, while states with weaker gun laws see higher rates of this sort of violence.
The Law Center examined state gun laws across the country, assigning points to those that have enacted measures like universal background checks for all gun sales, prohibited domestic violence offenders from accessing guns and limited bulk firearms purchases. Among other measures, it deducted points from states that have expanded access to guns in schools and bars, allowed concealed carry in public without a permit or passed "Stand Your Ground Laws" -- which remove the duty to retreat and allow people to shoot potential assailants, ostensibly in self defense.
The states that ended up with the most points received the best grades. Perhaps unsurprisingly, heavily blue states like California, New York and Massachusetts scored the highest, among the six that earned A-minus grades. Deep red states like Kansas, Mississippi and Wyoming scored the lowest, among 26 states that got failing grades.
The Law Center then looked at the rate of gun deaths in each state, tallying homicides, suicides and other accidental shootings from the Centers for Disease Control's 2013 Fatal Injury Report, the latest year for which data is available. The report found that the gun death rate tends to get higher as firearms laws get weaker. In fact, the average gun death rate in states with failing grades was more than twice as high as it was in those with A grades.
While the study demonstrates a strong correlation between weak gun laws and increased gun violence deaths, it doesn't directly prove causation. And indeed, as other studies have suggested, the rate of firearms-related fatalities may be affected by a variety factors, such as poverty and educational attainment.
But the Law Center study does reinforce previous research that suggests gun laws and gun violence are connected. Last year, the Violence Policy Center compared rates of gun ownership against gun deaths in 2011, finding that deadly gun violence was more common in states with weak gun laws and higher rates of firearms ownership.
Other academic studies have similarly found that in places where more people have guns, more people get killed with them -- including in suicides. In 2014, a report on "right-to-carry" laws, which let people carry concealed firearms in public and are often held up by gun advocates as crime deterrents, found that such laws were "associated with substantially higher rates" of aggravated assault, rape and robbery. In others words, more guns didn't result in less crime.
Posted by Ted McLaughlin at 12:02 AM