The Public Still Has A Very Low Opinion Of Congress 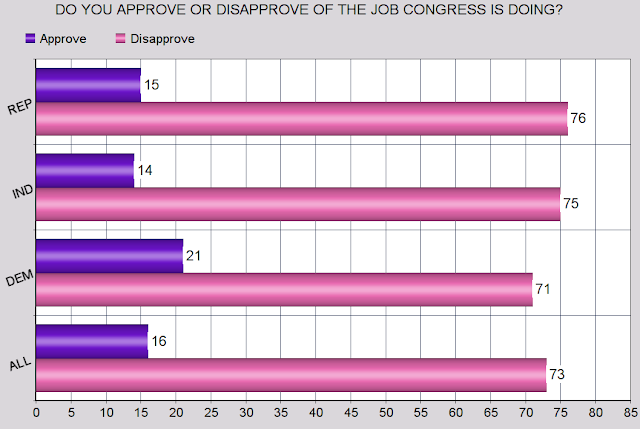 The chart above is from information in a recent Monmouth University Poll -- done between December 10th and 13th of a random national sample of 1,006 adults, and has a margin of error of 3.1 points.

It shows that the American public is still very angry with the U.S. Congress -- and that anger crosses political lines. They see both parties as being only interested in advancing their own political and social agenda -- and refusing to compromise for the good of the country.

Right now, Congress is not worthy of any respect. They are a bunch of mostly white and mostly male rich guys, who are only interested in protecting their own wealth (and that of their rich Wall Street and corporate friends).
Posted by Ted McLaughlin at 12:04 AM