Like It Or Not - Sanders Does Have A "Socialist" Problem 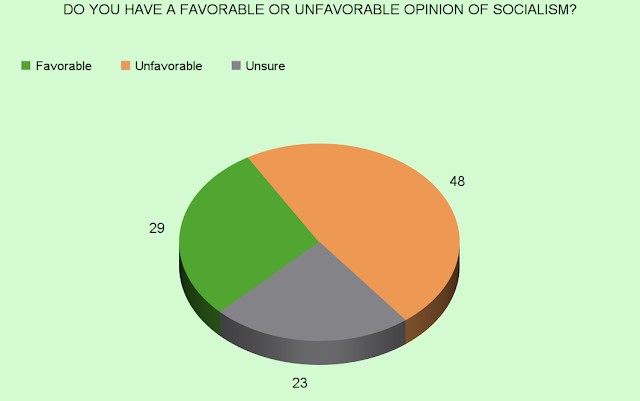 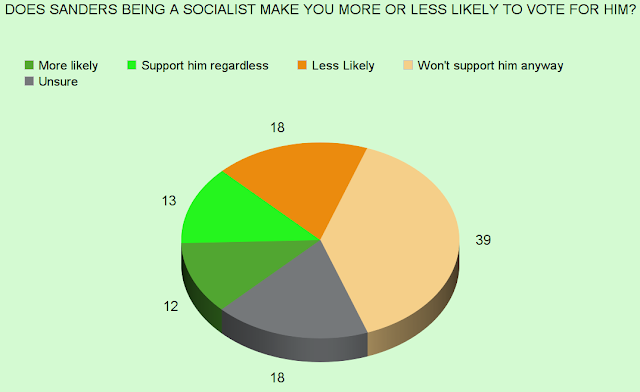 Bernie Sanders (and his supporters) think they can explain his socialist identity to the voters, and that voters will flock to him once they understand his "democratic socialism". I am a democratic socialist myself, and I wish that was true -- but I don't think it is. There have been too many decades of right-wing propaganda -- propaganda that equated socialism with communism, and scared the hell out of most Americans. Some progress has been made, but not enough. A recent poll showed that a higher percentage of voters would vote for an atheist or a muslim (the two most hated groups in this country right now) than would vote for a socialist.

Now we have this new survey from the YouGov Poll -- done between January 25th and 27th of a random national sample of 1,000 adults, with a 4.4 point margin of error. It shows that nearly half of the public still has a negative opinion of socialism (48%), and another 23% aren't sure about it. Only 29% have a favorable opinion of socialism. That's a pretty steep hill to climb for a self-identified socialist.

I know a lot of my progressive brothers and sisters disagree with me (and that is reflected by the fact that among Democrats about 42% had a favorable opinion of socialism and 36% had a negative opinion), but I just don't think the public is ready to elect an avowed socialist as president. I hope that will change, but that change hasn't yet happened.
Posted by Ted McLaughlin at 12:04 AM