Dan Rather Speaks Out On Trump's Attack On The Press 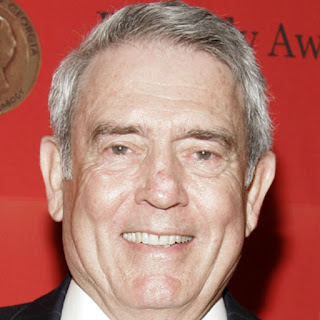 On Wednesday, Republican embarrassment Donald Trump launched another vicious attack on the press. He was unhappy because they held his feet to the fire on his promise to deliver almost $6 million dollars to veterans groups (which he did not do until questioned about it by the press).

Trump showed that he does not understand the job of a free press (or believe in it). They were just doing their job by questioning why it took so long for Trump to keep his promise to veterans -- and they would have done the same with any other candidate. He also showed that he is too thin-skinned to be president (where his actions would be under a press microscope 24 hours a day). (The photo of Mr. Rather is from biography.com.)

Trump was so out of line with his unwarranted attack that one of our most respected journalists, Dan Rather, felt the need to speak out. Here is what Rather posted on his Facebook page:


I felt a shudder down my spine yesterday watching Donald Trump's fusilade against the press. This is not a moment to be trifled with. It wasn't his first tirade and it won't be his last.
I was reminded of my college journalism professor, the late Hugh Cunningham, who would exhort his young charges in a thundering voice to "never let them scare you." It was his most important lesson. One of Edward R. Murrow's favorite words was "steady." That also bears repeating today.
This is a dirty, nasty election. And it is only going to get worse. The reporters in the trenches need no lecture from me. They are walking through daily minefields, bracing themselves against winds of discontent whose effects no one can predict.
I know what it is like to sit in those seats and feel the scorn and even wrath of politicians of all political persuasions. Attacking the press for unfair coverage has long been a bipartisan pursuit. Sometimes it works. I am happy to say that more often it doesn't. But Trump's brand of vituperation is particularly personal and vicious. It carries with it the drumbeats of threatening violence. It cannot be left unanswered.
This is not about politics or policy. It's about protecting our most cherished principles. The relationship between the press and the powerful they cover is by its very definition confrontational. That is how the Founding Fathers envisioned it, with noble clauses of protection enshrined in our Constitution.
Good journalism--the kind that matters--requires reporters who won't back up, back down, back away or turn around when faced with efforts to intimidate them. It also requires owners and other bosses with guts, who stand by and for their reporters when the heat is on.
I still believe the pen is mightier than the sword. And in these conflicted and troubled times, we should reward the bravery of the men and women not afraid to ask the hard questions of everyone in power. Our nation's future depends on it.

(The photo of Mr. Rather is from biography.com.)
Posted by Ted McLaughlin at 12:04 AM