Ethics Doesn't Seem To Be A Trump Family Value 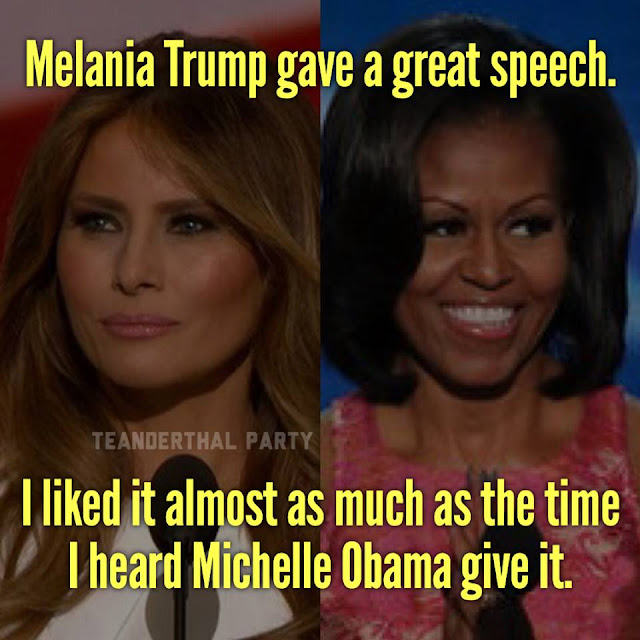 And Barack and I were raised with so many of the same values: that you work hard for what you want in life; that your word is your bond and you do what you say you’re going to do; that you treat people with dignity and respect, even if you don’t know them, and even if you don’t agree with them.

And Barack and I set out to build lives guided by these values, and pass them on to the next generation. Because we want our children — and all children in this nation — to know that the only limit to the height of your achievements is the reach of your dreams and your willingness to work for them.

My parents impressed on me the value of that you work hard for what you want in life. That your word is your bond and you do what you say and keep your promise. That you treat people with respect. Show the values and morals in in the daily life. That is the lesson that we continue to pass on to our son.

We need to pass those lessons on to the many generations to follow. [Cheering] Because we want our children in these nations to know that the only limit to your achievement is the strength of your dreams and your willingness to work for them.

That is blatant plagiarism, and plagiarism is theft. It is unethical. Some Republican apologists are trying to say it was not plagiarism (a ridiculous assertion), while others are blaming Melania's speech writers. This is silly. Melania told NBC News that she wrote the speech (with as little help as possible).

Which is it? Is Melania Trump a plagiarist, or is she a liar? Maybe it's both. But one thing seems clear -- that she is just like her husband (devoid of ethics).

Perhaps even more troubling is that the Trumps didn't think they would get caught stealing Michelle Obama's words. Did they truly not know there is an app on the internet to check for plagiarism -- one commonly used by college teachers to keep their students honest? Did they really think no one would notice?

It shows not only a lack of ethics in the Trump campaign, but also a lack of competence. Donald Trump is not competent enough to be president. He would be a disaster, and his wife would be an embarrassment as First Lady.

And lest you think Melania's plagiarism was an anomaly -- a one time mistake -- note the graphic below. She's not averse at all to stealing from others. 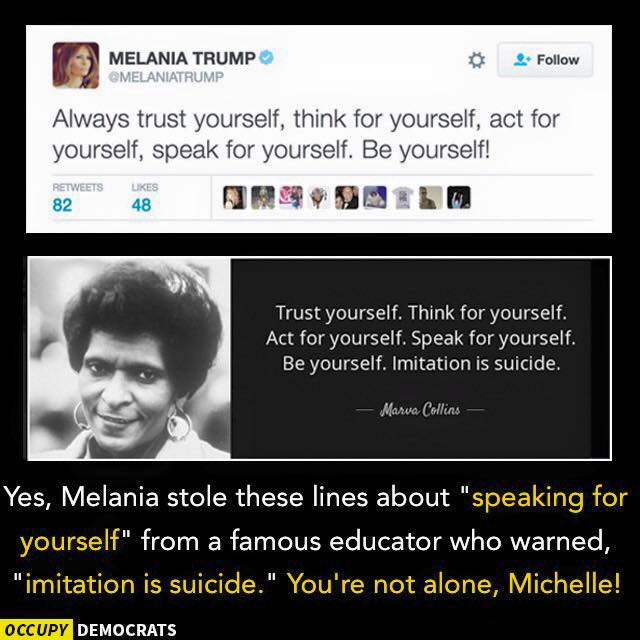