New Presidential Polls For All 50 States 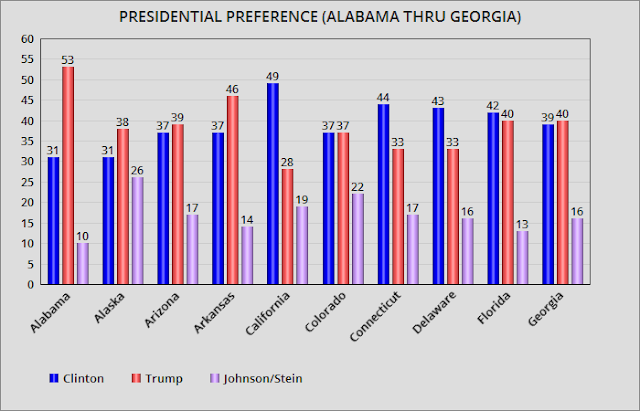 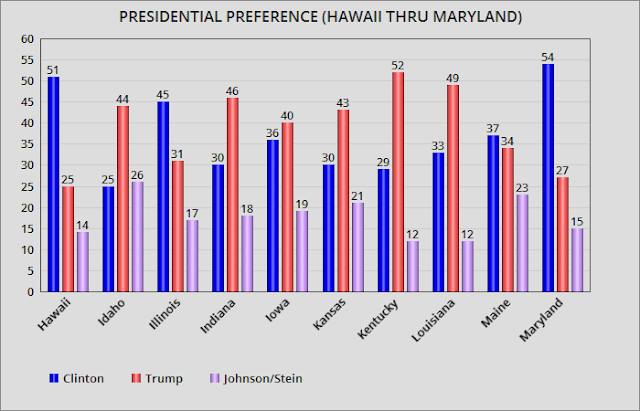 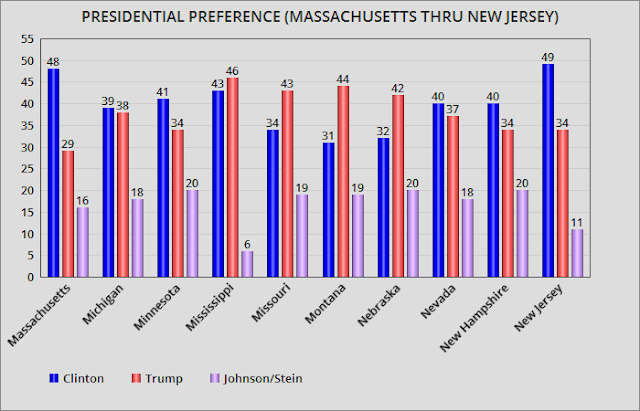 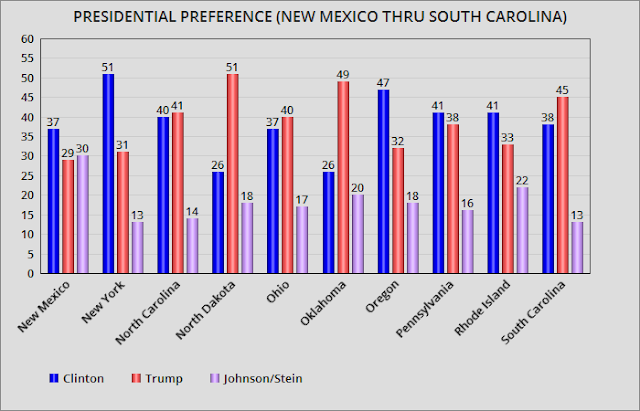 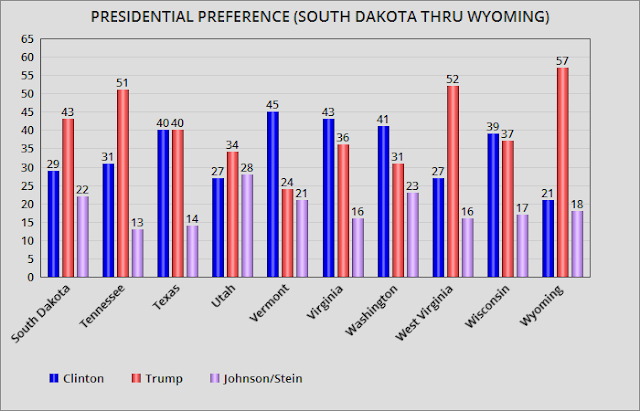 The Washington Post did a survey of the current situation in the presidential race in all 50 states. The poll was done between August 9th and September 1st of a random national sample of 74,886 registered voters. The sample for each state varied between 546 and 5,147.

Although Clinton is doing very well in the blue states, and Trump is doing very well in most of the red states, there are a few surprises. One is Texas, where the poll shows the two candidates are dead even at 40% apiece (and this was using a large sample of 5,147 voters). I still think that Trump will likely win Texas, but it's not going to be by a large percentage (like in the past few presidential elections). And who knows, if the Democrats turn out in large numbers, then Texas might actually turn blue.
Posted by Ted McLaughlin at 12:06 AM