Poll On Democrats Vs. Republicans In Congress 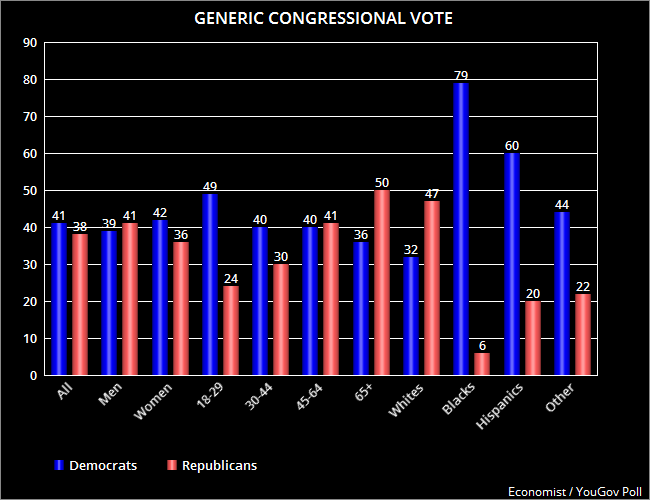 These charts are from the latest Economist / YouGov Poll -- done between September 4th and 6th of a random national sample of 1,300 voters, with a margin of error of 4.4 points. It shows the generic congressional vote is very close (Democrats 41% to Republicans 38%).

I find that a bit hard to believe. I understand that the Republicans have a built in advantage due to the gerrymandering they did back in 2010, but I believe that the Democrats will get significantly more congressional votes even if they don't take back the House (just like they did in 2012, when they got a million more votes than the GOP).

And I think the charts below support that belief. Note that the public views the Republicans as the ones most unwilling to compromise for the good of the country. The public also thinks the Democrats in Congress would handle the issues better than the Republicans, and think the Democrats would be better to protect and help most groups in this country. 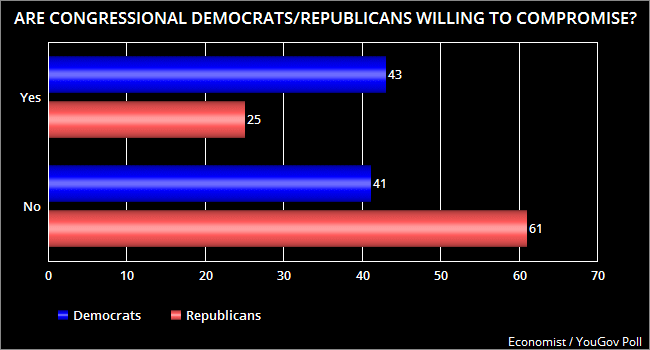 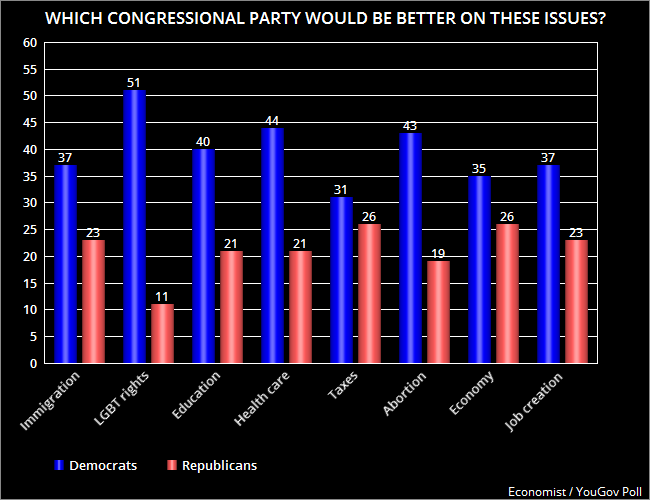 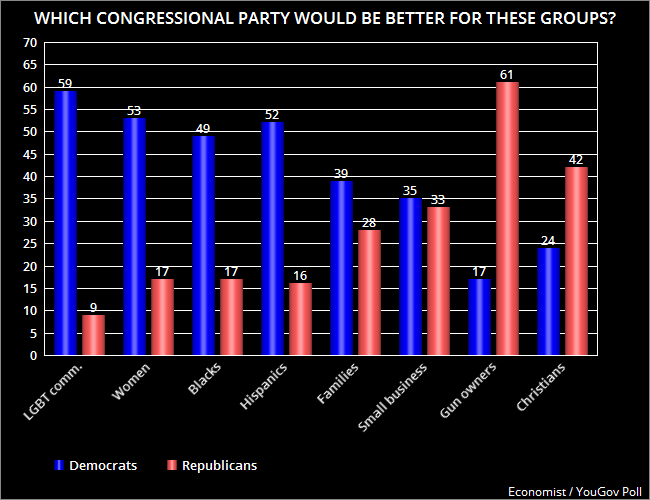