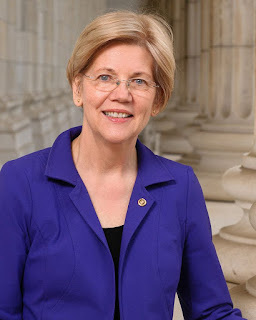 The following is the e-mail Senator Elizabeth Warren (D-Massachusetts) sent to her supporters regarding the defeat of Trump's choice for Labor Secretary (Andrew Puzder).


Most of the time I get a news alert, I’m afraid to look at my phone.
But yesterday we got some good news. Really good news, in fact. Donald Trump’s nominee for Secretary of Labor – Carl’s Jr and Hardee’s CEO Andrew Puzder – withdrew his nomination for Secretary of Labor.
Mr. Puzder has made his fortune squeezing his workers – the very same workers he would have been charged with protecting at the Department of Labor. His burger company has an appalling record of labor law abuse and the most discrimination lawsuits of any major burger chain – the same labor laws he’d be in charge of enforcing at the Department of Labor.
In short: Donald Trump was going to put a person in charge of the Department of Labor who has total contempt for American workers.
All across the country, workers got the word out about Mr. Puzder’s business record. Labor unions held rallies and protests in front of his restaurants. We shared the stories of brave Carl’s Jr workers who came forward and spoke about how they had been victims of wage theft and unfair scheduling. We made sure the press paid attention, and even Republican Senators couldn't look away. Thanks to grassroots organizing, we turned up the heat so much that Mr. Puzder had to get out of the kitchen.
I’ll be honest: We can’t stop most of Donald Trump’s cabinet nominees. We just don’t have the votes – and most of the Republicans seem to have no problem rubber-stamping a team of billionaires and bankers.
But yesterday proved: When we get out there and fight, we can make a real difference. And today, the world is a little better place without Andrew Puzder as Secretary of Labor.
This is why we fight. We can do this.
Thanks for being a part of this,
Elizabeth
Posted by Ted McLaughlin at 12:02 AM