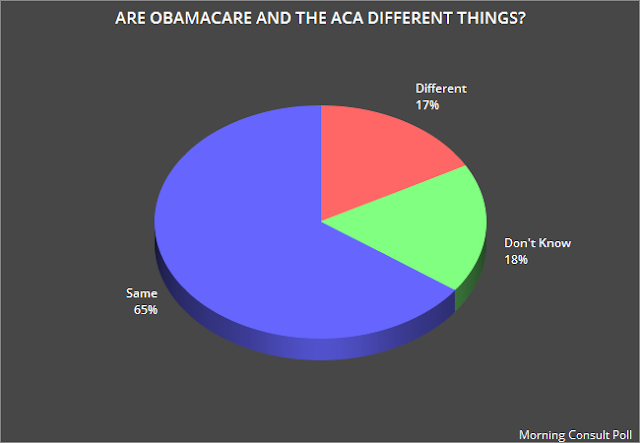 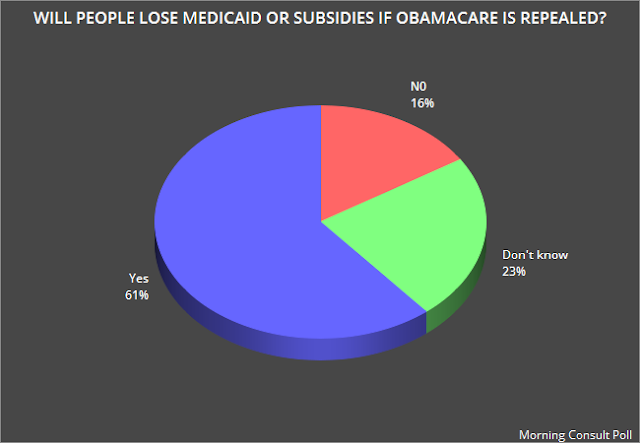 A couple of weeks ago, I read on social media where a trumpista was bragging that he would not lose his insurance if Obamacare was repealed, because he got that insurance through the Affordable Care Act (ACA) and not through Obamacare. I laughed at that, thinking that surely people could not be that stupid. Surely people understood that Obamacare was simply a popular nickname for the Affordable Care Act. I was wrong.

A recent poll shows that more than a third of the American public is really that stupid -- either believing that the two were different (17%) or didn't know if they were different or not (18%). That's 35%, more than one out of three people, that don't know Obamacare and the ACA are the same thing. And the number was even larger for those making less than $50,000 a year (the very people most helped by Obamacare).

And it gets worse. The same poll showed that only 61% understood that repealing Obamacare would result in a loss of subsidies or Medicaid for many people -- meaning that 39% thought it wouldn't or didn't know if it would or not.

This helps to explain how so many working people could vote for Trump, even though he was promising to repeal Obamacare (i.e., take their insurance away from them). They knew that the ACA had helped them get insurance, but after listening to Republicans, believed that Obamacare was some evil thing that they were not a part of.

The Morning Consult Poll was done on January 25th and 26th of a random national sample of 1,890 adults, and has a margin of error of 2 points.

The charts below, showing how much the uninsured population has been reduced by Obamacare in each state, is from the Gallup Poll. It was done between January 2nd and December 30th of 2016 of a random national sample of 177,192 adults. The margin of error for each state is between 1 and 3.5 points (depending on the sample size in the state). 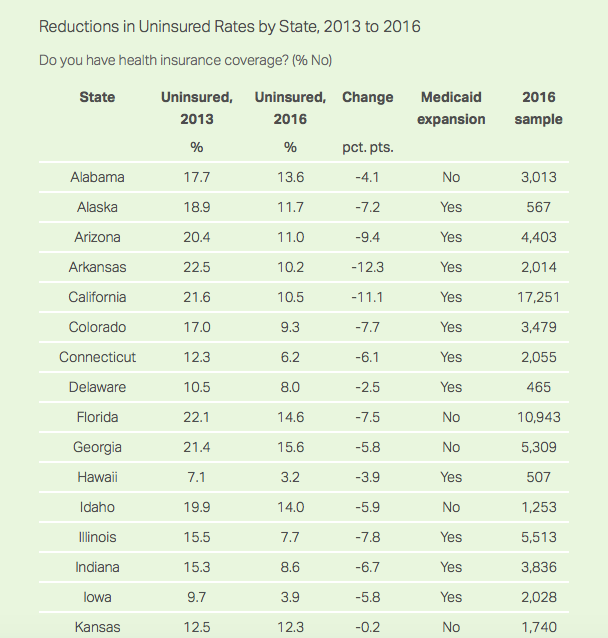 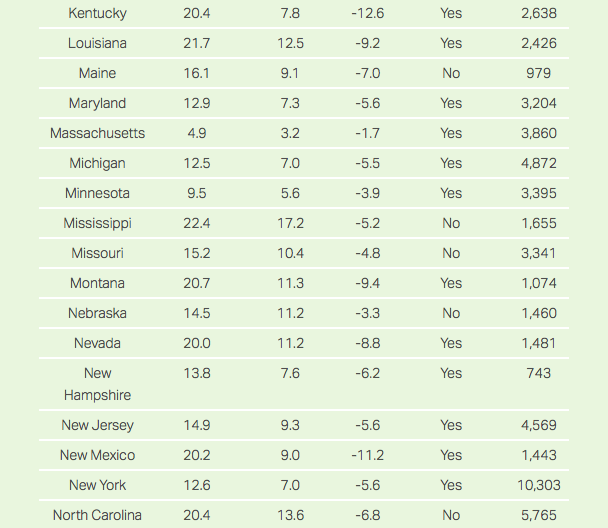 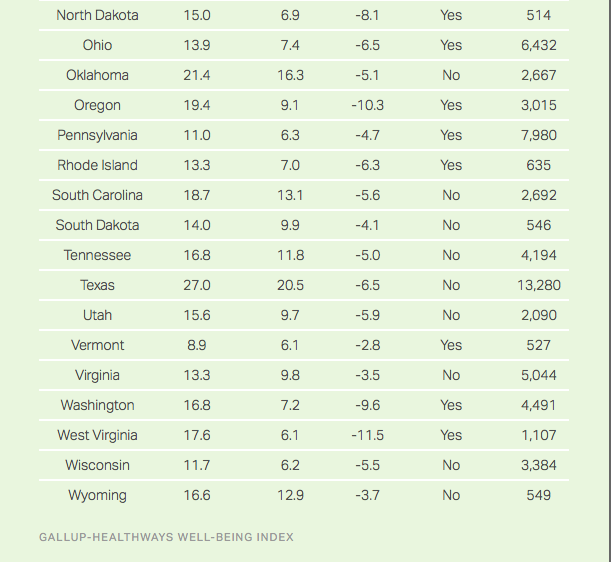