Public Says Trump Has Damaged Perception Of The U.S. 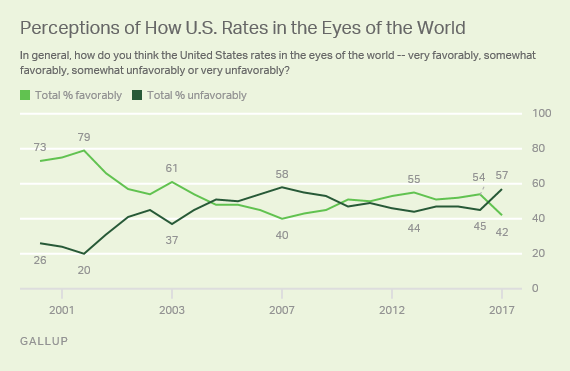 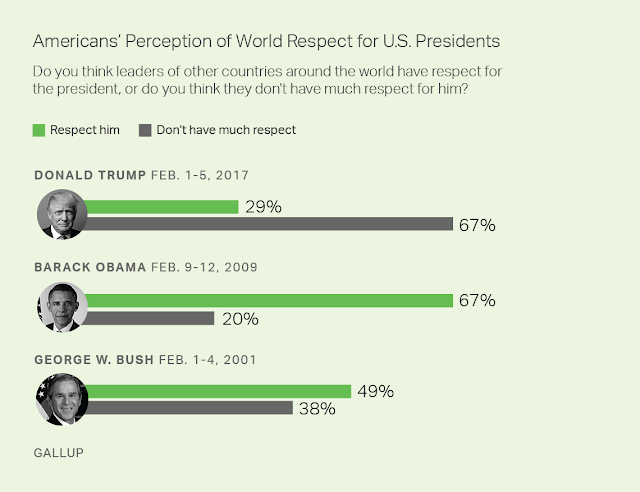 The charts above are from a recent Gallup Poll -- done between February 1st and 5th of a random national sample of 1,035 adults (with a margin of error of 4 points).

The top chart shows what the American public thinks the rest of the world perceives the United States. Since Trump has been sworn in as president, the view that the world has an unfavorable opinion of the U.S. has risen by 12 point -- from 45% to a majority of 57%. And the perception that the world views the U.S. favorably has dropped an equal 12 points -- from 54% to a current 42%.

I think the public is right. In less than a month, Trump has seriously damaged the reputation and perception of the United States. This will make it much harder for the United States to have any kind of leadership role in world affairs.
Posted by Ted McLaughlin at 12:08 AM