The Corporate Media Failed Americans In 2016 On Climate 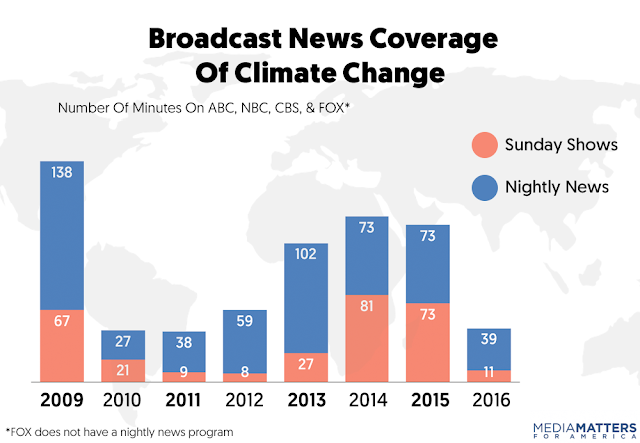 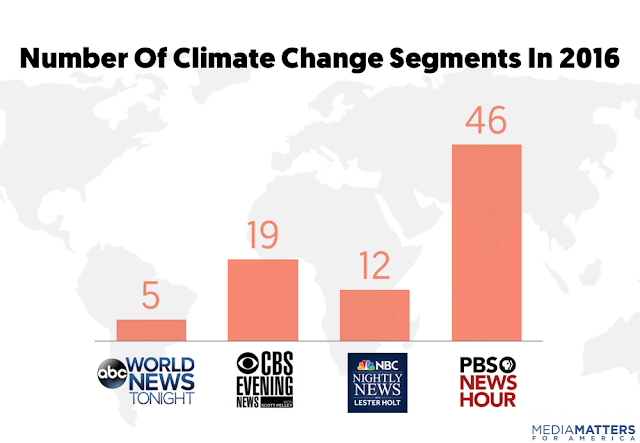 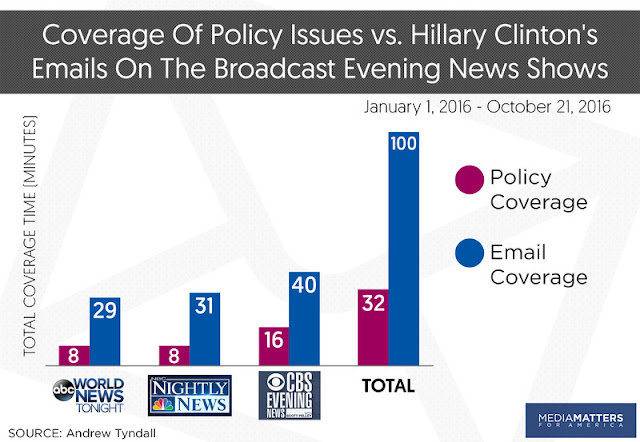 How could we have elected a fool that would withdraw this country from the Paris Agreement -- thus making the world a much worse place for ourselves and especially for our descendants? Sadly, the mainstream media (i.e., corporate-owned media) played a big part in that.

They largely ignored global climate change (and other major policy issues), in favor of reporting on a non-story -- Hillary Clinton's private e-mail server. They made her e-mails sound like an important issue, while failing to report on issues (like global climate change) that truly were important to this country (and the world).

These charts don't include the cable news outlets (also corporate-owned), but they did just as bad as the broadcast media in their 2016 campaign reporting. They also focused on the Clinton e-mails, and largely ignored other (much more important) issues.

The media's 2016 reporting failed the American electorate.
Posted by Ted McLaughlin at 12:04 AM