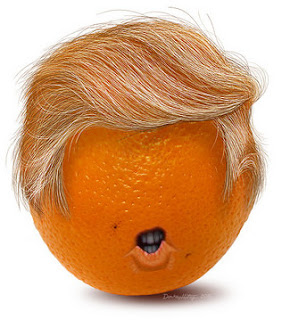 Donald Trump's bigoted rhetoric and policies are not just hurting sick and poor Americans, posing a danger to the environment, and hurting the economy. They are also hurting American businesses -- especially those that depend on tourism. The following post is by Kate Taylor in the Business Insider:


The US tourism business is in trouble — and President Trump may be to blame.
America's share of international tourism has dropped 16% in March, compared to the same month in 2016, according to Foursquare data released Wednesday.
The decline began in October 2016, the month before the presidential election. From October to March, tourism-related traffic has fallen an average of 11% in the US, compared to the previous year. Meanwhile, tourism in the rest of the world has increased 6% year-over-year during the same period.
Foursquare a location intelligence company best known for its app that tracks user visits to restaurants, bars, hotels, and other sites, as well as the company's work in analytics, advertising and developer solutions.
Foursquare analysts connected the drop to President Trump's America first rhetoric and policies that have made some international tourists wary of visiting the US. Foursquare CEO Jeff Glueck notes that residents from the Middle East and Central/South America — regions for which Trump has encouraged stricter immigration and travel policies — have been avoiding the US more than residents of Asia, Europe, and other regions.
"Proponents of President Trump’s new policies might argue that the President intended to reduce visitors from certain countries, and that the economic cost is outweighed by claimed security needs," Glueck writes. "Critics of the administration may question the effectiveness of these new tactics. Either way, we believe that the direct economic impact from these policies should be in the conversation."
Foursquare estimates that the drop in international tourism could result in an additional 1% to 2% drop in sales at US shops, restaurants, and attractions. Hotels, with 15% of booking from foreign visitors, are expected to be hit even harder.
In 2017, the retail industry can't afford to lose potential sales. Retailers have announced more than 3,400 store closures so far this year, and Credit Suisse analysts expect that figure to grow to more than 8,600 before the end of the year.
Foursquare isn't alone in highlighting international visitors' reluctance to travel to the US in the Trump era. Online searches for trips to the US dropped 6% year-over-year in the first quarter of 2017, according to Adobe data released in late April.
Posted by Ted McLaughlin at 12:02 AM