Half Of The Public Says Trump Has Violated Constitution 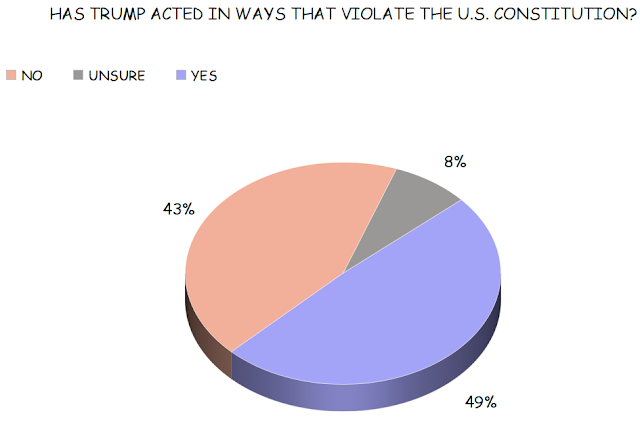 Donald Trump has had very poor job approval numbers for months now. Part of it is his tweets and other actions that have the public thinking he's unreliable, part is his continuous lying that has the public thinking he's untrustworthy, and part is his obnoxious agenda that would hurt many Americans. But there is another part -- about half (49%) of the population believes Trump has acted in ways that violate the United States Constitution. That's a serious allegation, and not one he can easily overcome.

The chart above was made with info in a recent Public Religion Research Institute survey -- done between August 2nd and 8th of a random national sample of 2,024 adults, with a margin of error of 2.7 points.
Posted by Ted McLaughlin at 12:06 AM