Most Americans Say Santa Claus Is A Democrat 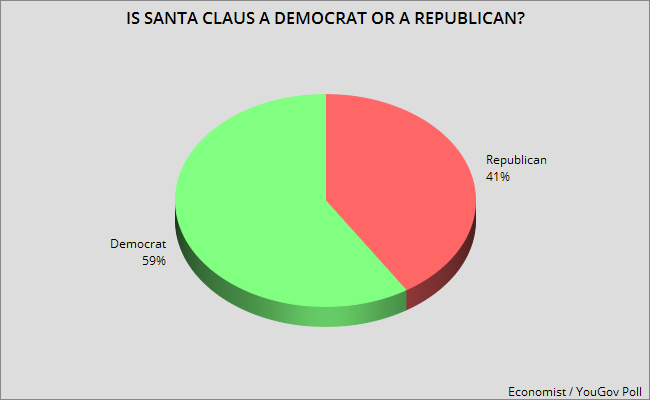 This poll tossed this rather humorous question into their latest survey. They asked whether their poll's respondents thought Santa Claus was a Republican or a Democrat. They said Santa was a Democrat by a huge margin (59% to 41%).

But while the question is a humorous one, it can also be viewed as one more indicator of just how unhappy Americans are with the Republican Party.

The numbers are from the newest Economist / YouGov Poll -- done between December 10th and 12th of a random national sample of 1,500 adults, with a 3.5 point margin of error.
Posted by Ted McLaughlin at 12:08 AM