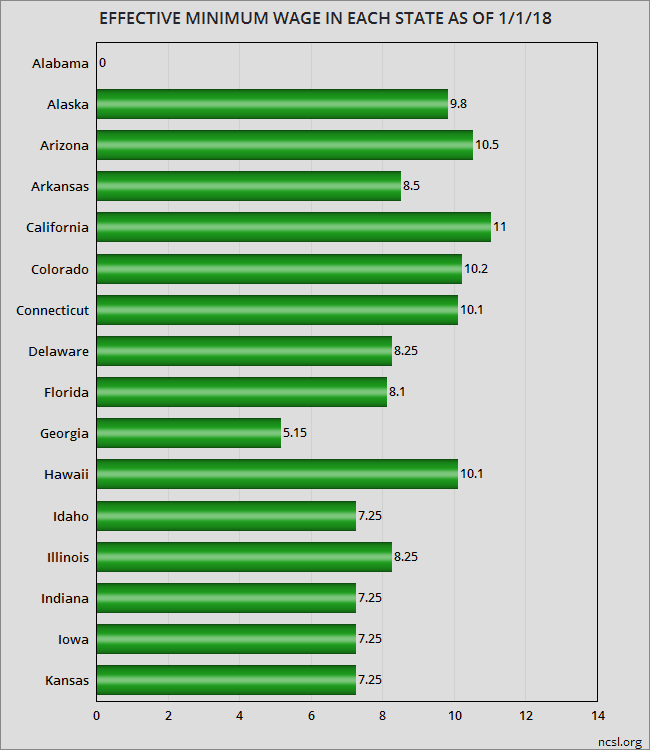 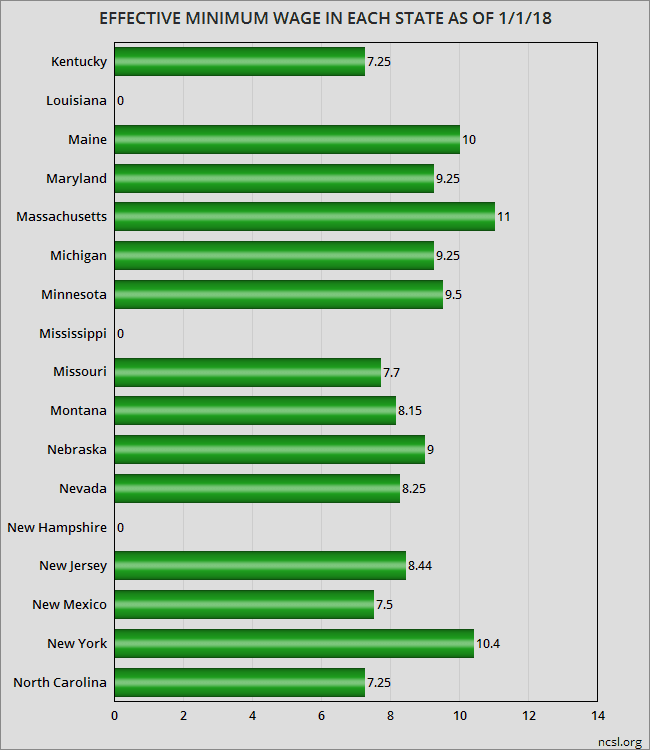 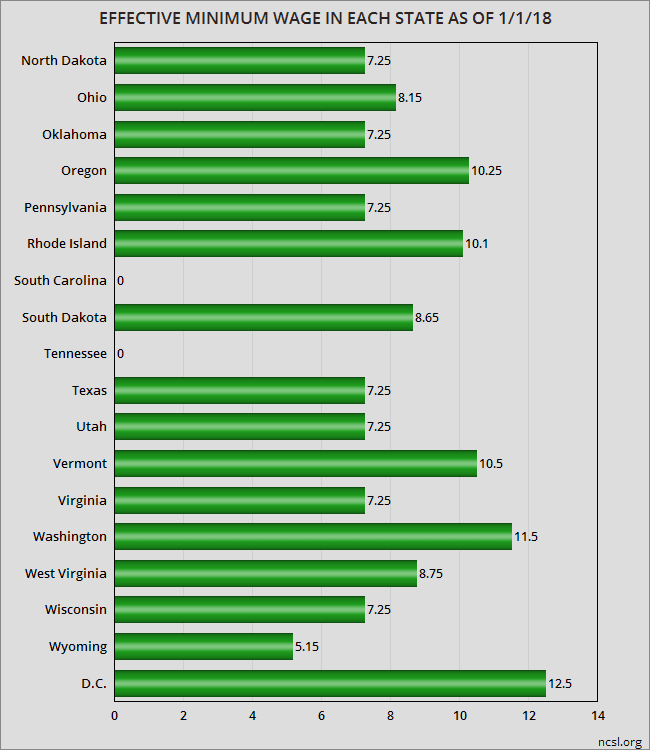 The charts above show the effective minimum wage in each state as of January 1, 2018. I chose that date because several states had their wage rise on the first of next January. The figures are from the National Conference of State Legislatures (NCSL).

We are not talking about lazy people here. These people working for low wages are hard-working people who work 40 hours a week -- and still live in poverty. They are forced to live in poverty because our government won't make their employers pay them a livable wage.

This should be something the federal government is addressing -- both to give these families a livable wage, and to reduce the number of people relying on government for assistance. But our government is controlled by Republicans, and they are not even discussing a rise in the minimum wage.

They are discussing instead, giving the rich and corporations a huge tax cut. They are rewarding those who don't need government help, and ignoring the hard-working people who need their help.

Our national minimum wage is a disgrace, and the Republicans' failure to address it is just one more reason why they must be voted out of power.
Posted by Ted McLaughlin at 12:06 AM