Time Magazine Got It Right With Their "Person Of The Year" 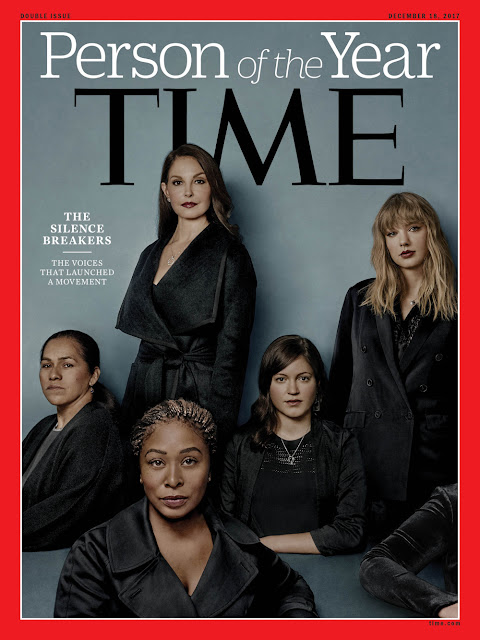 I could not agree more with the "Person of the Year" chosen by Time Magazine. They chose the silence breakers -- the women who had the courage to stand up and speak out against sexual harassment and abuse by men in power. Their courage has started a movement to deal with a problem  this nation has always had, but never dealt with. Perhaps now, it can be dealt with. Perhaps now the power of the patriarchy can be broken, and we can see a true equality.

I believe that is something that all Americans, both men and women, would welcome. The chart below (from a new Economist /YouGov Poll done between December 3rd and 5th of a random national sample of 1,500 adults, with a 3.4 point margin of error) shows that the public, by a wide margin, see sexual harassment as a serious problem -- and would like it to be eliminated. 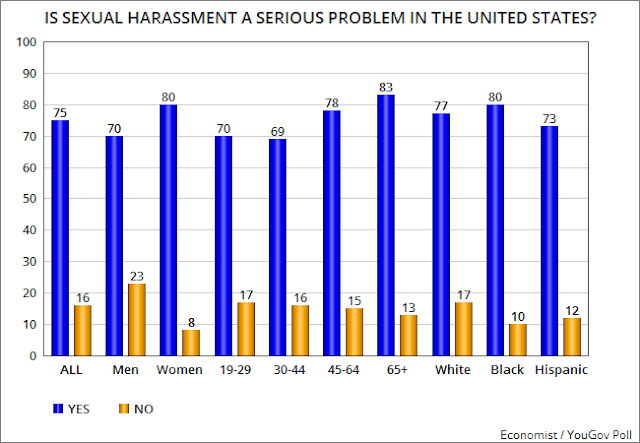 Email ThisBlogThis!Share to TwitterShare to FacebookShare to Pinterest
Labels: Person of the Year, poll, sexual harassment