Who Would Win An Award Given For "Fake News Network" ? 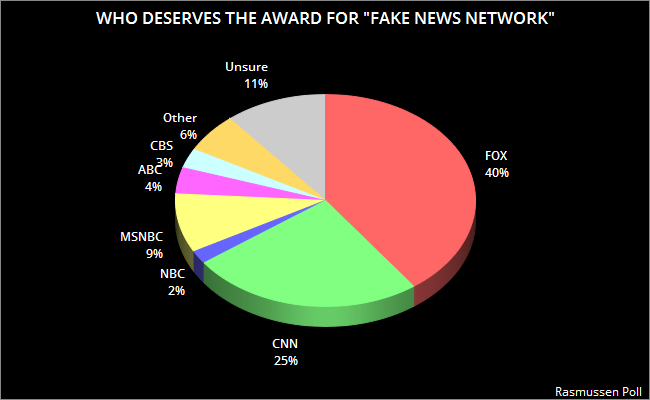 Donald Trump recently said there should be an award given for "Fake News Network". He meant it as a slam to CNN, who he has relentlessly attacked for reporting the truth about him. The Rasmussen Poll took Trump's suggestion, and polled 1,000 likely voters nationwide on November 28th and 29th (with 3 point margin of error). They asked respondents who would win the award for "Fake News Network".

Trump would be disappointed in the results, because a plurality of Americans (40%) chose Fox News (Trump's favorite network) as the winner, while only 25% chose CNN. Americans know that Fox is not really a news network, but a propaganda arm of the Republican Party.
Posted by Ted McLaughlin at 12:04 AM