O'Rourke Outraises Cruz But Still Trails In Cash On Hand 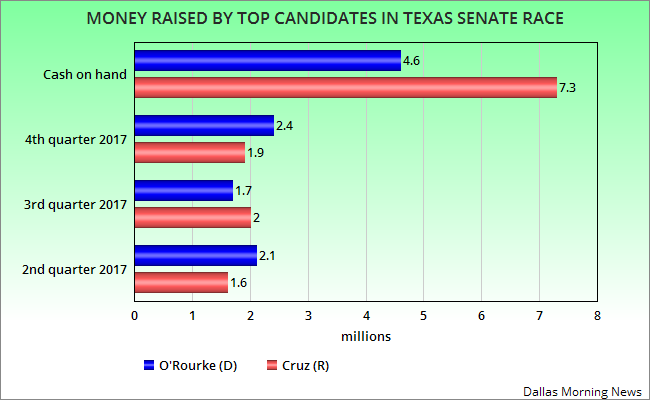 The chart above shows the money raised by the leading senate candidates in Texas for the last three quarters of 2017. Those candidates are Beto O'Rourke (Democrat) and Ted Cruz (Republican). Cruz is the incumbent.

Cruz accepts corporate and PAC money, but O'Rourke does not.

Even though O'Rourke raised $700,000 more than Cruz in 2017, he still trails Cruz in the amount of cash on hand. That's because Cruz already had money on hand when O'Rourke entered the race and began raising funds.
Posted by Ted McLaughlin at 12:04 AM