Trump Is The Least Ethical President In Modern History 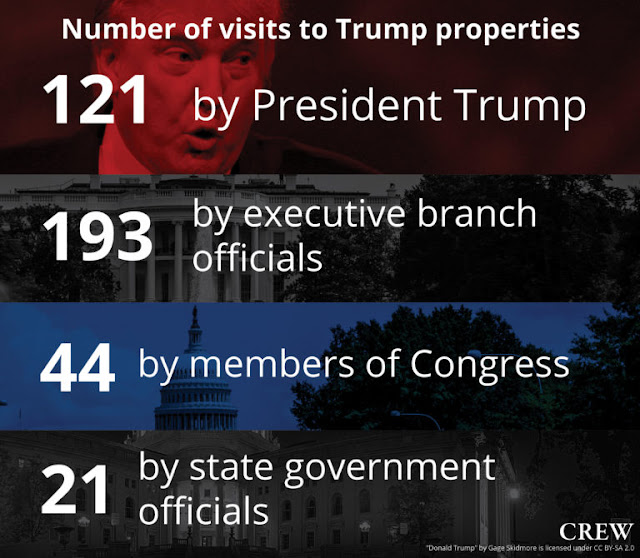 From the website of Citizens for Responsibility and Ethics in Washington (CREW):


In his first year in office, President Trump racked up more than 500 potential conflicts of interest, according to a report released today by Citizens for Responsibility and Ethics in Washington (CREW).
CREW researchers spent a year tracking every known interaction between the Trump administration and the Trump Organization in a daily timeline. Here’s what they found:
“Every decision President Trump makes in the course of his job is followed by the specter of corruption,” CREW Executive Director Noah Bookbinder said. “Because of his steady stream of conflicts, we have to question whether each decision he makes was made in the best interest of the American people or the best interest of his bottom line.”
During President Trump’s first year in office, CREW worked to monitor, log and categorize every instance in which government and special interests interacted with the president’s private businesses on the Trump Inc. timeline. Taken together, the 500+ entries present a clear picture of a presidency being used to turn a profit and the president’s businesses serving as points of access to the corridors of power.
“Just as we feared, President Trump is not only making money in spite of his official position, in many cases, he’s making money because of it,” Bookbinder said. “This is the least ethical first year of any presidential administration in modern history.”
CLICK HERE TO READ THE REPORT
CLICK HERE FOR THE TIMELINE 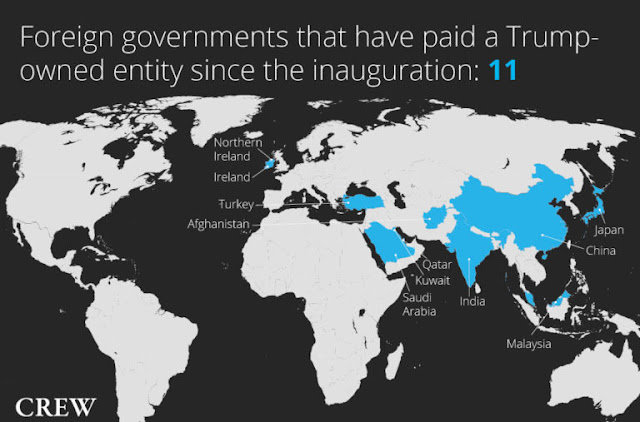 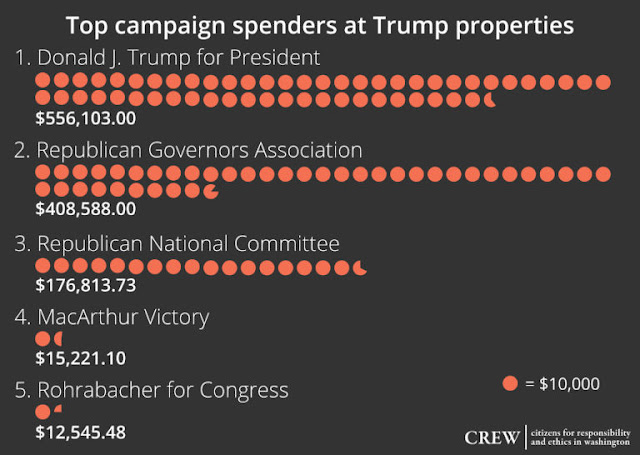