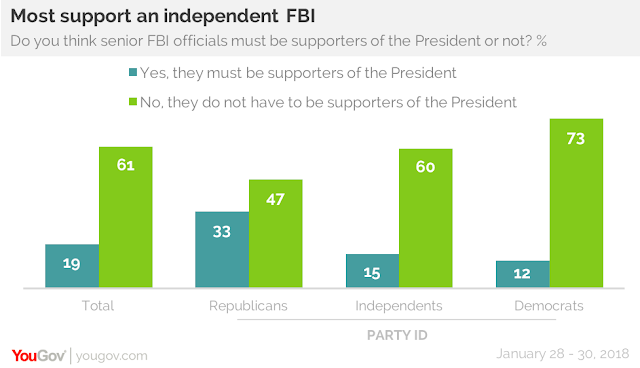 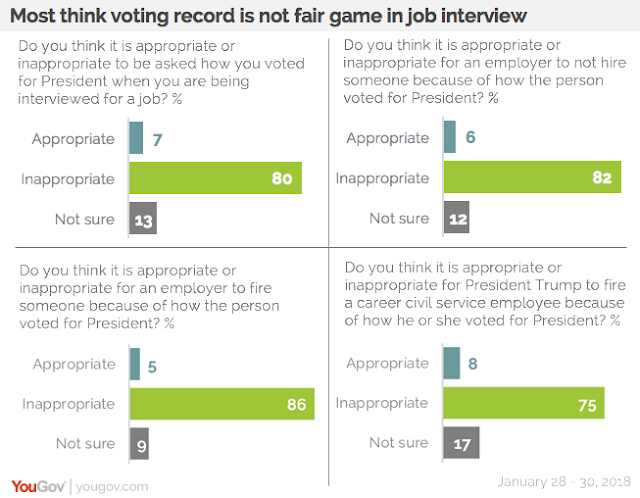 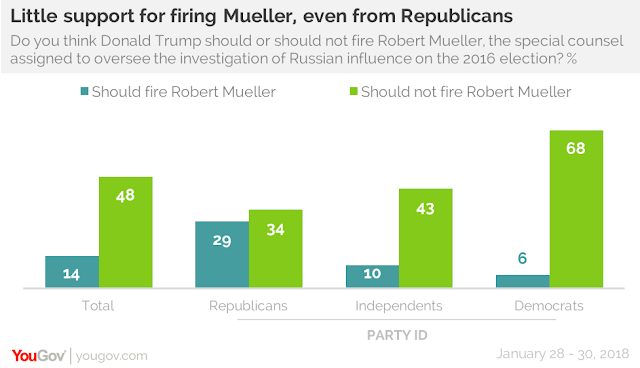 Donald Trump has been furious that he can't demand loyalty from federal government law enforcement agencies. He fired James Comey, who wouldn't swear loyalty to him. Now, he has pressured the FBI to fire their Deputy Director after asking him who he voted for in the presidential election (and berating him because his wife ran for state government as a Democrat). Trump believes the Justice Department and the FBI should act to protect him, instead of investigating him for wrongdoing.

Trump's efforts to block the investigation of his own wrongdoing is not winning him any new friends in the American public though (even though it may makes his followers happy). Americans don't want their law enforcement agencies, including the FBI, to be politicized. By a 42 point margin, they say FBI officials do NOT have to be "loyal" supporters of the sitting president.

Trump was out of line in his actions against FBI officials, and now it is believed by some that Trump wants to go further and actually try to fire Robert Mueller (the special prosecutor investigating him). He tried to do that last June, but was talked out of it by the White House counselor. If he does try that, he will just make the public angry (and convince them he's trying to obstruct justice. By a 34 point margin, the public says he should NOT fire Mueller, and all three political groups agree (including Republicans by a 5 point margin, Independents by a 33 point margin, and Democrats by a 62 point margin).

Trump is already a very unpopular president, and his attempts to influence the FBI and obstruct justice will just make that worse.

The charts above are from a new Economist / YouGov Poll -- done between January 28th and 30th of a random national sample of 1,500 adults, with a margin of error of 3 points.
Posted by Ted McLaughlin at 12:04 AM