Percentage Extremely Proud To Be American Below 50% 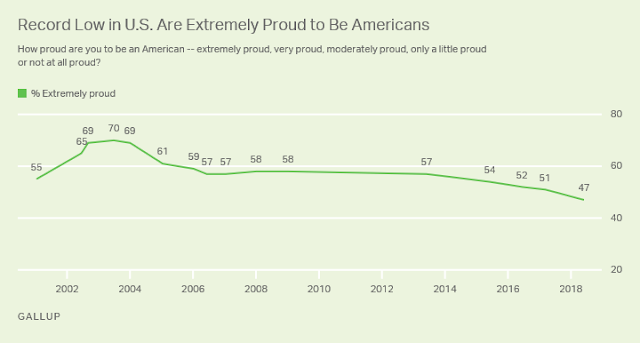 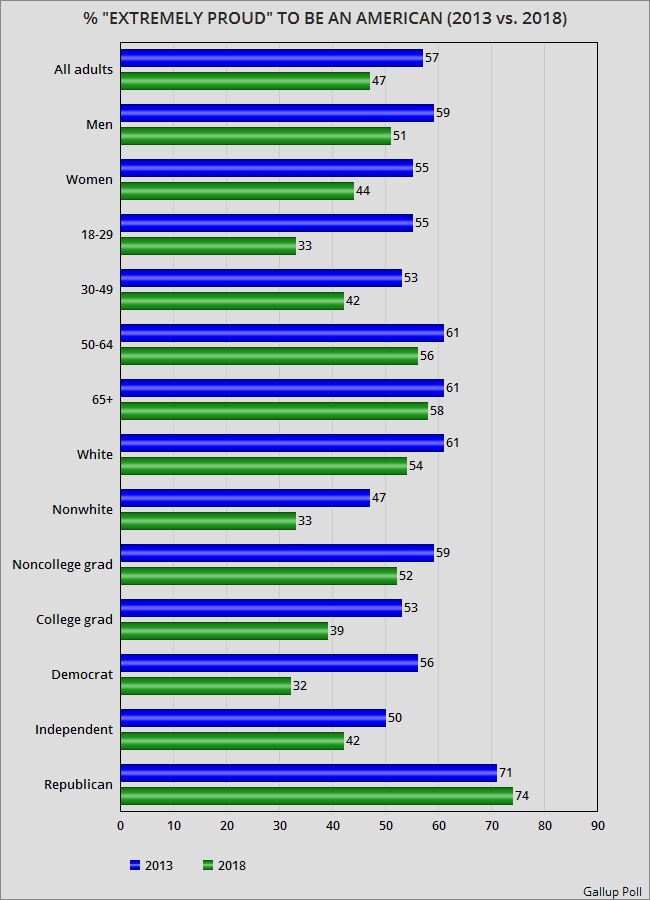 Today is the Fourth of July -- the day we celebrate the birth of our country. It's probably the most patriotic holiday that we have. That makes it particularly appropriate to show the results of this Gallup Poll. The poll was done between June 1st and 13th of a national sample of 1,520 adults, with a 3 point margin of error.

For the fish time in the 18 year history that Gallup has been polling on this question, the percentage of Americans who say they are extremely proud to be an American has dropped below 50%. Only 47% of Americans say that now (10 points below the number who said it in 2013). I think there's no doubt that's because of Donald Trump. A lot of people simply are embarrassed by Trump's policies (caging children, favoring the rich, demonizing our free press, attacking our FBI and intelligence agencies, lying incessantly, attacking our allies and coddling our enemies, etc.).

Note the second chart. It shows the difference between when the question was asked in 2013 (under Obama) and in 2018 (under Trump). 2013 is in blue and 2018 is in green. Only one group (Republicans) scored higher in 2018. Every other demographic group had a higher pride in this country in 2013.
Posted by Ted McLaughlin at 12:06 AM