Support For The Trump/GOP Tax Plan Is Still Very Weak 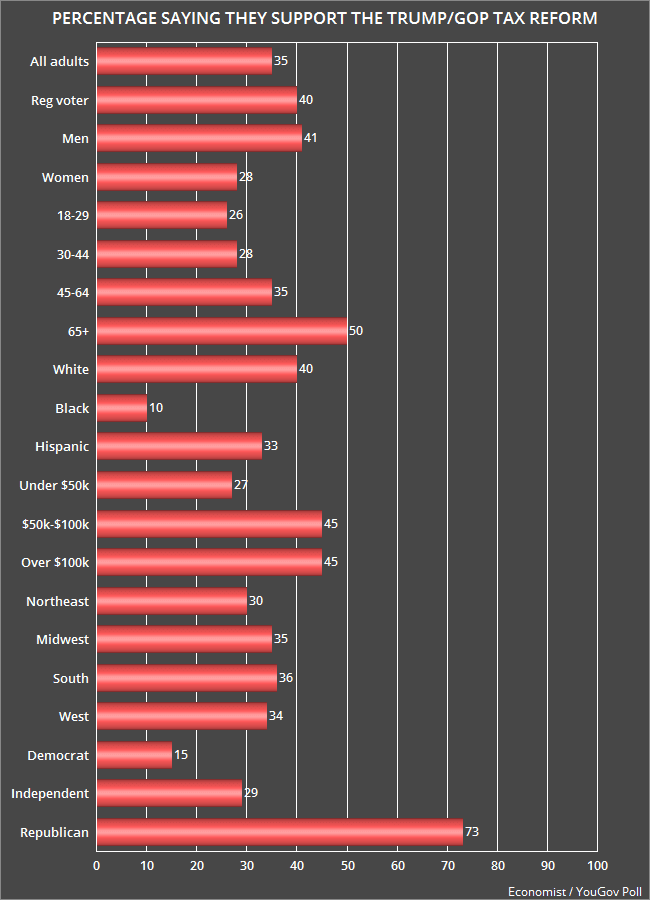 You may have noticed that the Republicans are no longer touting the tax plan they passed. In fact, most Republicans running for office are acting like that plan doesn't exist. That's because, contrary to what they expected when they passed it, they realize that it is not popular with the public -- and won't help them in the coming election. In fact, it may hurt them.

According to the latest poll, only 35% (about a third) of the population says they support the plan. And even worse, only about 19% believe the plan will let them pay less in taxes. Those are not the kind of numbers that will get the public flocking to the polls to vote for Republicans.

The Republicans tried to call it a "middle-class tax cut". That didn't fool the public. They understand that most of the cuts will go to the rich and super-rich. The Republicans also claimed that the huge cuts they gave corporations would result in the massive creation of new jobs and higher wages. That is not happening either. Instead of creating new jobs and giving higher wages, the corporations are just buying back their own stocks (which drives up the price of those stocks, again increasing the wealth of the rich). Wages remain low, and the unemployment rate actually went up by 0.2% last month.

Their tax plan only accomplished two things -- it made the rich a lot richer, and it ballooned the deficit to record highs (about a trillion dollars a year). The first was intentional (the GOP always favors policies to help the rich), and the second will be used as an excuse to cut Social Security, Medicare, Medicaid, and any other program that helps Americans who are struggling.

This odious tax plan is one more reason why the Republicans must be voted out of power in November.

These charts use information contained in a new Economist / YouGov Poll -- done between July 8th and 10th of a national sample of 1,500 adults (including 1,246 registered voters), with a 3 point margin of error (2.9 points for registered voters). 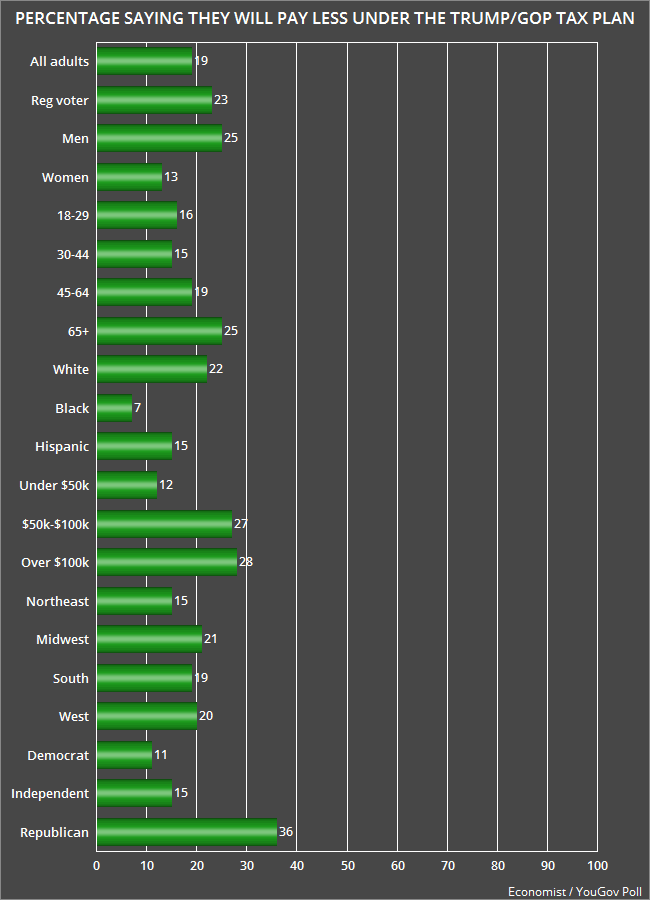