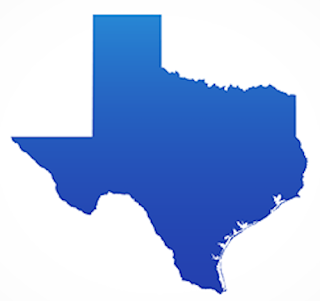 I have discussed on this blog the fact that there's a chance that Texas could go blue in 2020. It would be the first time in quite a while, and while it is not a sure thing by any means, I think the events of the last few days may well have enhanced that chance.

The events of the last couple of days may have fixed that turnout problem. Hispanics in Texas have been feeling targeted by Donald Trump for quite a while now. The mass shooting by a white supremacist that targeted Hispanics in El Paso has shown them that those feelings were justified. They have heard Trump nasty words about them, and are convinced that the white supremacist was just carrying out Trump's hate speech.

I believe the El Paso shooting, combined with Trump's failure to apologize for his hate speech, may well have energized Hispanics. It would not surprise me if the Hispanic voter turnout was record-breaking in 2020. In fact, I expect it -- and that would not be good for Trump (or Texas Republicans).

Combine a record Hispanic turnout with recent demographic and voting trends, and it really could result in Texas turning blue!

Consider this analysis by Sean Trende at RealClearPolitics:

Yet, there are reasons now to believe these shifts are real, and that Texas’s 38 electoral votes are in jeopardy for the GOP. The reason goes to a misunderstanding about the nature of Texas, and the bottom line of the 2016 election.  In early 2017, David Byler and I concluded our analysis of that election. In it, we wrote:

As you can see, Hillary Clinton had the best performance of any Democrat in recent memory in the so-called “Mega-Cities,” winning almost two of every three votes cast. In large cities (those with metro areas of between 1 million and 5 million people), Clinton performed a bit worse than Barack Obama in 2008 and Bill Clinton in 1996. In other words, looking only at large urban areas, she was headed for a big victory.
The problem is that the Democratic coalition fell apart below that. Her performance in small cities was closer to Al Gore’s 2000 performance than either Obama’s or Bill’s landslide wins. Beneath that, her performance was a disaster; she ran behind Michael Dukakis in large towns, about 10 points behind him in small towns, and about 15 points behind him in rural areas.  She ran over 20 points behind Bill in small towns and rural areas.

Nationally, the 2016 election can be viewed as a contest that Democrats won in the nation’s largest metropolitan areas, but lost in the rural areas.  In the lead-up to that election, prognosticators focused on changes in Democrats’ favor in the urban areas, but forgot just how many people voted in rural areas and small towns in many states. In particular, in states like Ohio, Michigan and Wisconsin, the Democrats’ weakness in rural areas and small towns overwhelmed their strong performance in the larger cities. In the Midwest, a near-majority of the votes are still cast in rural areas, small towns and large towns. The notable exceptions are Minnesota, where over 60% of the votes are cast in metropolitan areas, and in Illinois, which is dominated by metro Chicago.  Tellingly, these are the states that Trump failed to flip.
When people think of Texas, they think of rural areas. Cowboys on horseback, cattle roaming the plains, and giant ranches (complete — for people of a certain age -- with J.R. Ewing in a Stetson hat). But while the Llano Estacado – what we might call “stereotypical Texas” – does cover a large swath of the state, it is relatively underpopulated.
The nature of rural America changes dramatically when one crosses the 100th meridian. Here, as famously described by John Wesley Powell, rainfall drops beneath levels required for reliable crop growth, so a flourishing rural population never took hold.  Unlike eastern states, states west of this longitude are better thought of as city states: Think of how Denver dominates Colorado, Phoenix dominates Arizona, Salt Lake City dominates Utah, and Las Vegas dominates Nevada.
Texas straddles the 100th meridian. Eastern Texas is actually an extension of the Deep South: It is wooded, humid, has a large number of small towns and cities, and has some rural African American population. The rest of the state, however, is more like New Mexico or western Oklahoma.  Much of the land is given over to ranching, and few votes are cast there.
Instead, votes are cast in the major metropolitan areas. In 2016, the Houston and Dallas-Fort Worth metropolitan areas combined for a majority of the vote in Texas. Donald Trump very nearly lost these areas for the GOP for first time in recent memory, receiving just 48% of the vote there. Despite winning the popular vote nationally by larger margins than Clinton, Barack Obama took just 43% of the vote here in 2012, and 45% during his landslide win in 2008.
Another 17% of the vote was cast in the metro areas of large cities like San Antonio and Austin.  Obama narrowly lost these areas to Mitt Romney in 2012, but Hillary Clinton won them with 55% of the vote. Small cities like McAllen and El Paso contributed another 4%. All told, the large metropolitan areas cast almost three-quarters of the vote in Texas, and Hillary Clinton won them with 51% support, a five-point improvement from Obama. Trump more than held his own in the rural areas of the state and in the towns, winning almost 70% of the vote (roughly the same vote share as Romney had four years earlier). But it was the Trump collapse in the urban areas that dominate the state that made it a single-digit race. . . .
Two years later, Beto O’Rourke shocked the political world by holding Sen. Ted Cruz to a three-point margin of victory, while Democrats swept local offices and judgeships in Dallas and Tarrant counties and picked up long-held Republican seats in these areas. O’Rourke performed well by improving Democrats’ showings in the urban areas. He won the big metro areas outright with 52% of the vote and blew Cruz out in San Antonio and Austin by 20 points. Once again, the rural areas and the towns saved the Republicans’ candidacy. They cast just a quarter of the vote, but Cruz won them by a 2-to-1 margin.
Could a Democrat really win in 2020? It seems a stretch, but remember that Mitt Romney won Texas by 16 points, Donald Trump won by nine, and Cruz won by just three. These are not good trendlines for the GOP. States do shift their partisanship quickly at times. George H.W. Bush won New Hampshire by 26 points in 1988 and New Jersey by 14; in 1996 New Jersey went for Clinton by 18 points, while New Hampshire was a 10-point Clinton win. That same year, West Virginia was a 15-point Clinton win; eight years later George W. Bush won it by 13. . . .
Once one realizes that these urban/suburban areas cast a supermajority of the vote in Texas, one realizes quickly that the rural and small-town areas can’t keep the Republican Party afloat in Texas forever. I wouldn’t bet the farm, or the cattle ranch if one prefers, on Texas turning blue this cycle. But the state is not safe for Republicans in 2020 either, and it will likely be very competitve.
Posted by Ted McLaughlin at 12:02 AM