Over $130 Million Has Already Been Spent On Prez Race 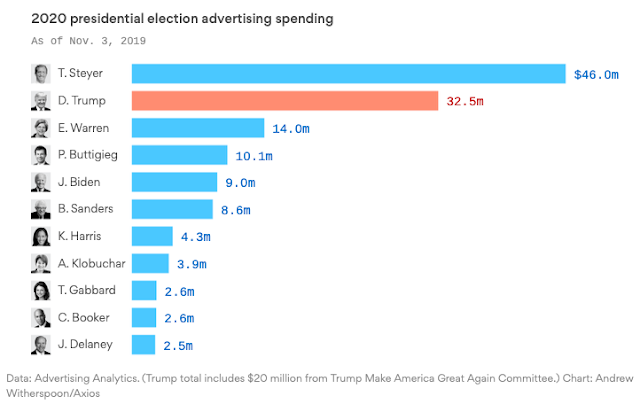 The chart above is from Axios.com. It shows the spending in the presidential race for the biggest Democratic and Republican candidates. Over $130 million dollars has already been spent on advertising -- and we are still a year away from the general election (and nearly 3 months away from the first primary voting.

The biggest spenders, so far, are Tom Steyer and Donald Trump -- the richest candidates in the race. Together, they have spent $78.5 million.

By next November, a record amount of spending will be done by the presidential candidates.

We need to change this system.
Posted by Ted McLaughlin at 12:06 AM