The GOP Tax Cuts Are Not Working As Promised 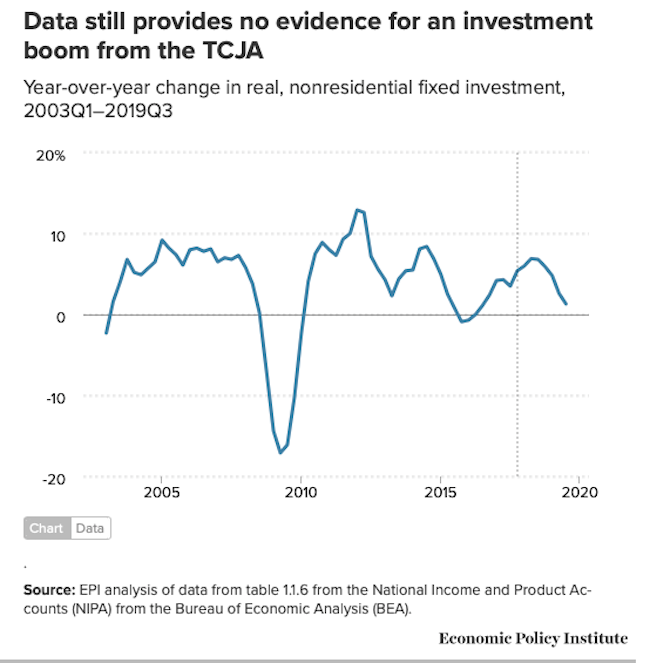 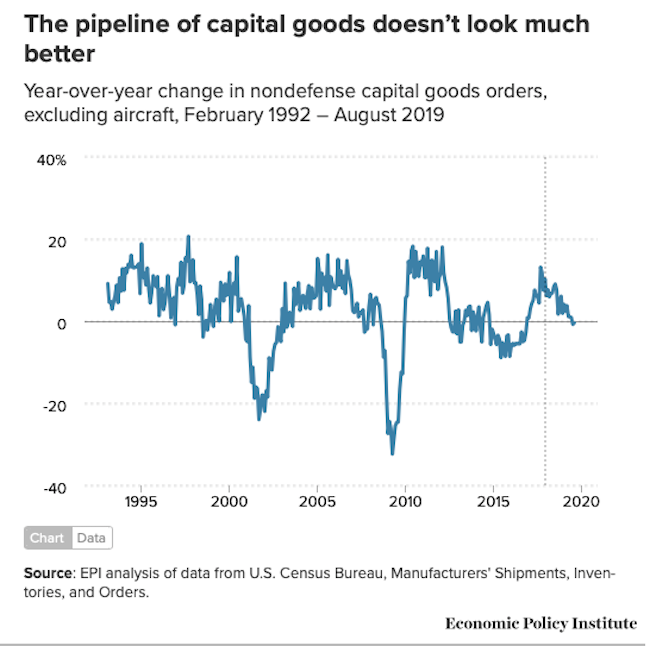 Donald Trump and the Republicans made a lot of promises when they passed their tax cuts in 2017. It was supposed to cause massive job growth, huge wage growth for workers, and provide tax cuts for the middle and working classes. None of that happened. While the rich and corporations got huge tax cuts, almost none of it was shared with the rest of the population -- and that is unlikely to happen in the future either.

Here is how Hunter Blair of the Economic Policy Institute puts it:


Proponents of the Tax Cuts and Jobs Act (TCJA) made bold claims about the effects that the TCJA’s corporate rate cuts would have on the paychecks of U.S. households. The economic theory rests on corporate rate cuts bringing forth enough additional savings to finance new investment spending. Specifically, higher after-tax corporate profits are passed down to shareholders in the form of higher dividends. These higher dividends attract more savings from abroad and incentivize U.S. households to save more. These extra savings finance new investments in plants and equipment, which boost the productivity of workers, and eventually that increased productivity boosts workers’ wages.
We pointed out at the time that in practice, this theory wasn’t likely to hold. After the TCJA passed, we indicated that by increasing deficits, the specifics of the TCJA didn’t even conform to the economic theory that was supposed to support it.
But that wasn’t enough to stop the TCJA’s proponents from making disingenuous arguments about the effects it was having on the economy. Proponents pointed to corporate claims that they were giving out bonuses or raising wages in the wake of the TCJA. The economic theory above shows clearly how this was nothing but a corporate PR ploy. Even in theory, it takes time for corporate profits to trickle down into worker wages, and we weren’t the only ones pointing this out. Unsurprisingly, data since then show those bonuses didn’t materialize for workers.
Kevin Hassett, then the chair of the Trump administration’s Council of Economic Advisers (CEA), went so far as to bless the truly economically absurd notion that “retroactive tax cuts” are a way to boost long-term growth, claiming that businesses invested more before the TCJA was passedbecause they somehow knew that some of the TCJA’s corporate provisions would be made retroactive.
But if you want to know if the TCJA is working as advertised, investment really is the key economic indicator to watch. If the TCJA’s corporate rate cuts are to even have a chance at reaching your paycheck, first investment has to boom. The results have been abysmal for the TCJA.
Year-over-year real, nonresidential fixed investment growth continues to fall off a cliff. If the TCJA was working, we should have seen an investment boom. Instead, after the passage of the TCJA, investment growth continued along its pre-TCJA trend for a couple quarters before falling all the way to 1.3% in 2019Q3. To be clear, if the TCJA’s corporate rate cuts were working, we would be seeing a permanent rise in investment. Instead, investment growth is cratering.
There is little hope in the data that this will change anytime soon. Capital goods orders were down once again in September. And year-over-year growth of capital goods orders has seen a steady but sharp decline in the wake of the TCJA.
The TCJA’s corporate rate cuts haven’t produced the investment boom proponents promised, but what they have done is exacerbate decades of rising income inequality. They should be repealed.
Posted by Ted McLaughlin at 12:02 AM