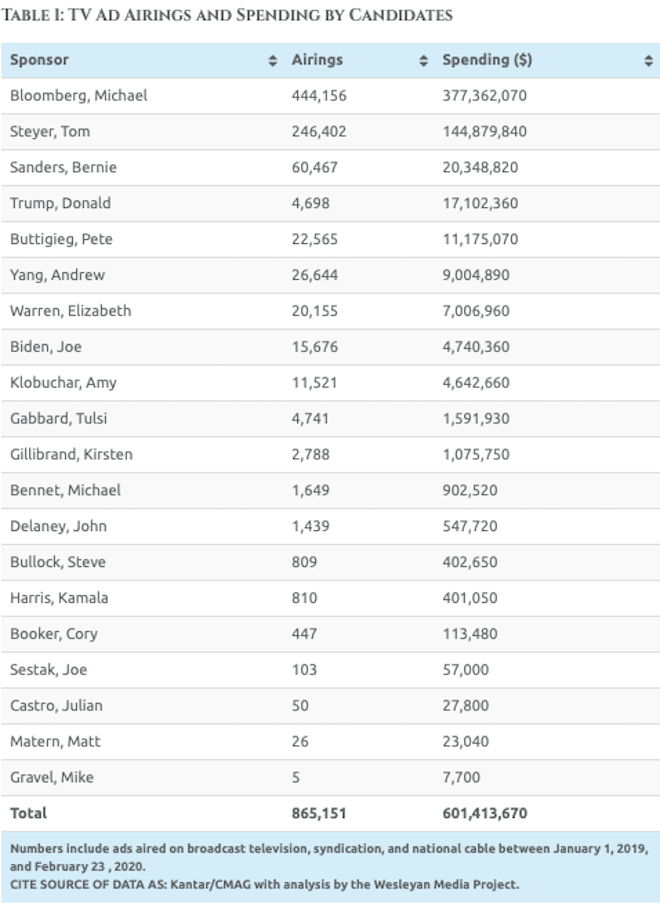 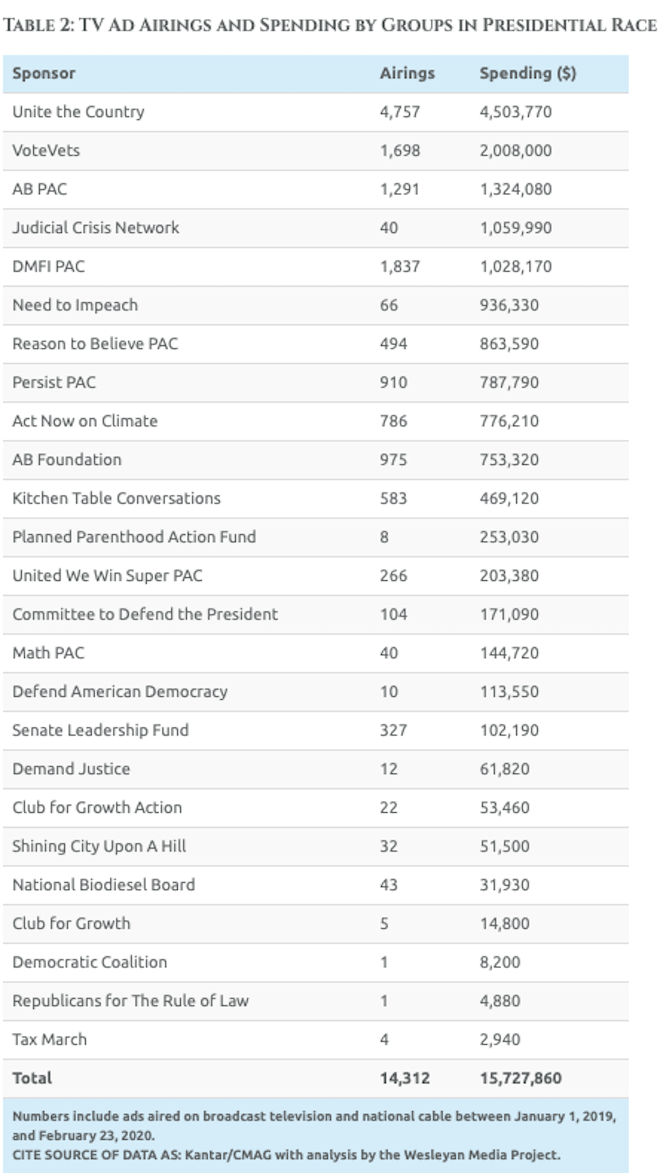 This doesn't count print advertisements or other social media.

By Super Tuesday, spending is expected to be over $1,000,000,000.00 -- and the primary season has really just begun. Records are already being broken, and we are months away from the start of the general election.

By November, the spending will be astronomical.

Is it time to start considering a new way to finance political campaigns?
Posted by Ted McLaughlin at 12:04 AM