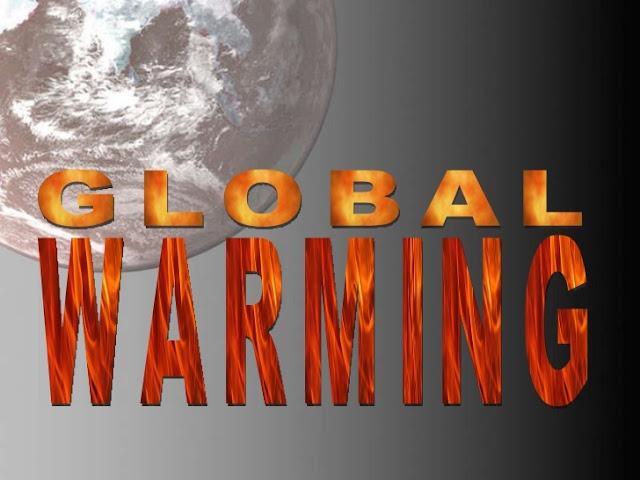 (This image was found at slideshare.net.)

A few days ago, I told you about the fact that January of 2020 was the hottest month since records have been kept (about 141 years). Now we learn of an even more frightening statistic. A recent National Oceanic and Atmospheric Administration (NOAA) report says there is now more CO2 in the atmosphere than in the last 3,000,000 years.

We simply cannot afford to keep the climate-denying Republicans in control of the White House or Congress any longer. We are running out of time, and more delay in addressing global climate change (global warming) will be disastrous. We are already past the point where we could have prevented significant climate change. But we can still mitigate the damage if we act quickly.

Here is part of what Jordan Davidson at EcoWatch reports about the NOAA report:


According to a recent National Oceanic and Atmospheric Administration (NOAA) report, the last time carbon dioxide levels were this high was 3 million years ago "when temperature was 2°–3°C (3.6°–5.4°F) higher than during the pre-industrial era, and sea level was 15–25 meters (50–80 feet) higher than today."

That period, the Pilocene Era, is unrecognizable from today. Giant camels walked around on the ice-free land above the Arctic Circle, as NBC News reported.

That level will put humans in new, unfamiliar territory. "For millions of years, we haven't had an atmosphere with a chemical composition as it is right now," said Martin Siegert, co-director of the Grantham Institute at Imperial College London, to NBC News.

In fact, just two weeks ago, on Feb. 10, NOAA's Mauna Loa Observatory, an atmospheric baseline station in Hawaii, recorded the daily average of CO2 levels on as 416.08 parts per million, according to Common Dreams.

Carbon Dioxide concentrations are an effective measure of how many fossil fuels we are burning. Coal and crude oil contain carbon that plants have pulled out of the atmosphere through photosynthesis over million of years. However, in short order, human activity has returned that trapped carbon back into the atmosphere, as NOAA reported. . . .

Elevated concentrations of carbon dioxide are a hallmark of the climate crisis since they are associated with higher temperatures, melting ice and sea level rise, among other effects. . . .

Carbon dioxide in the atmosphere is also notable for its contribution to ocean acidification. According to NOAA, when CO2 reacts with water molecules, it produces carbonic acid and lowers the ocean's pH. Already, the ocean's surface pH has dropped from 8.21 in pre-industrial times to 8.10.

"The rate of rise in the last decade has been faster than previous decades," said Betts, as NBC Newsreported. "We're just tracking ever onwards, and 400 ppm is now a distant memory."
Posted by Ted McLaughlin at 12:02 AM