Public Says Russia Interfered In 2016 & Are Doing It Again 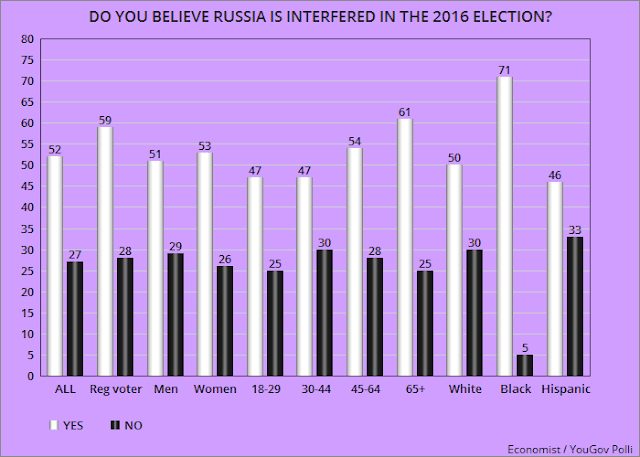 Donald Trump still denies that the Russians interfered in our presidential election in 2016. He's afraid that detracts from his electoral college victory. But the American people aren't buying his ridiculous denials. About 52% of all adults (and 59% of registered voters) believe Russia did interfere.

And the public (45% of all adults and 52% of registered voters) say Russia is doing it again, even though Trump also denies that. And they believe the Russians are doing it to help Donald Trump and Bernie Sanders (who they think Trump could beat easier). 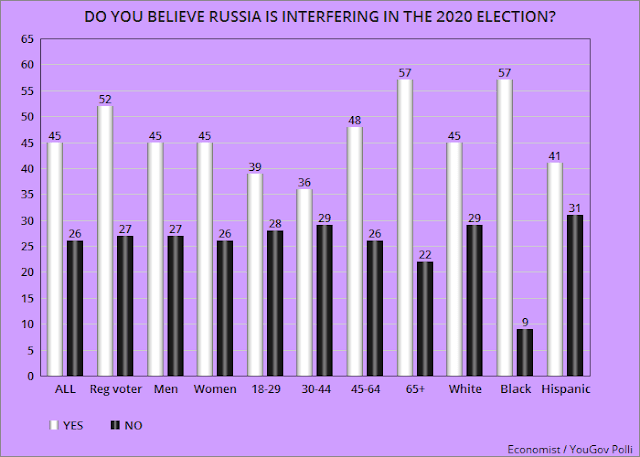 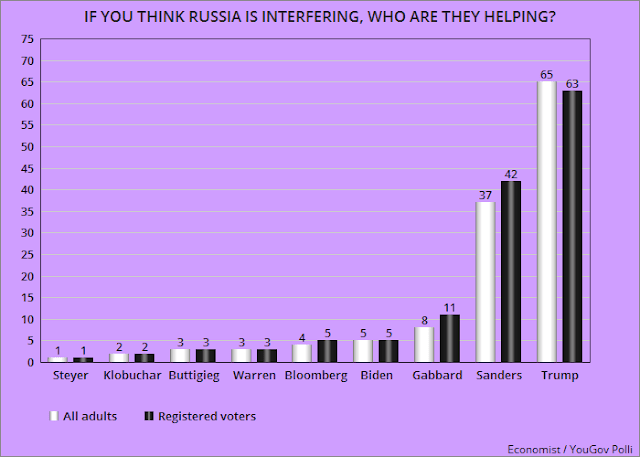