Nearly 4 Out Of 5 Voters Are Straight-Ticket Voters 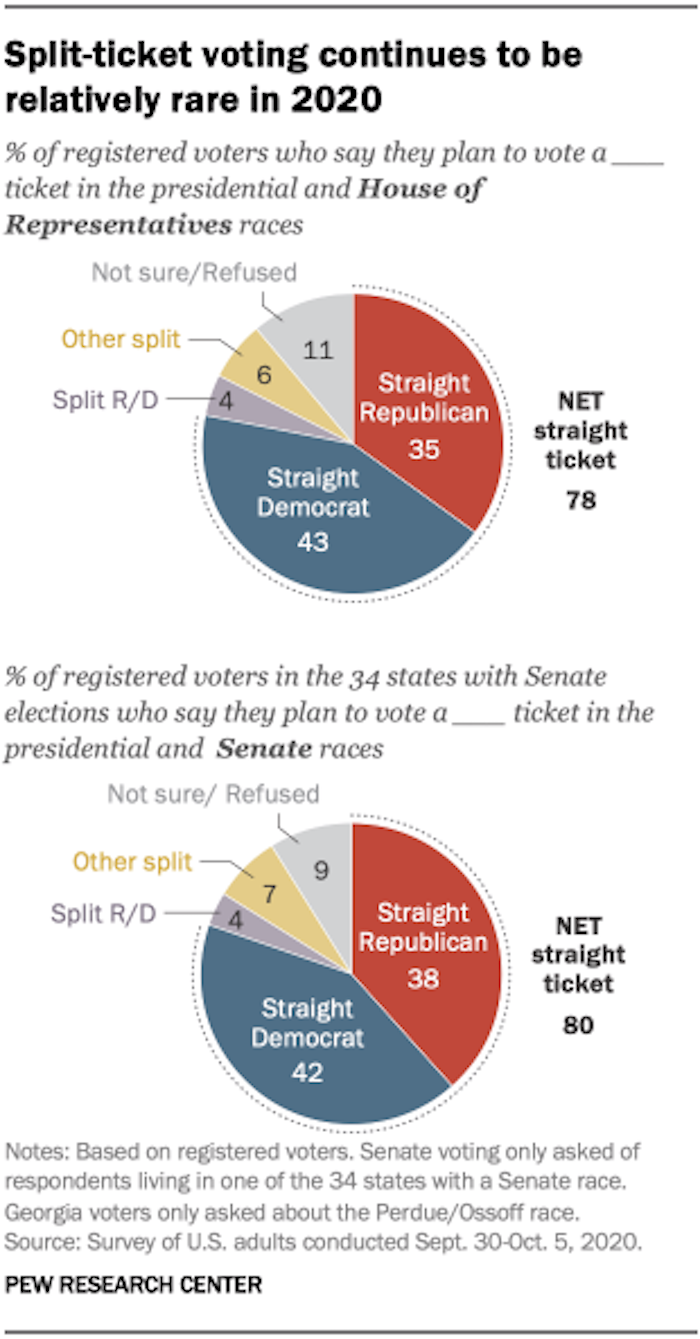 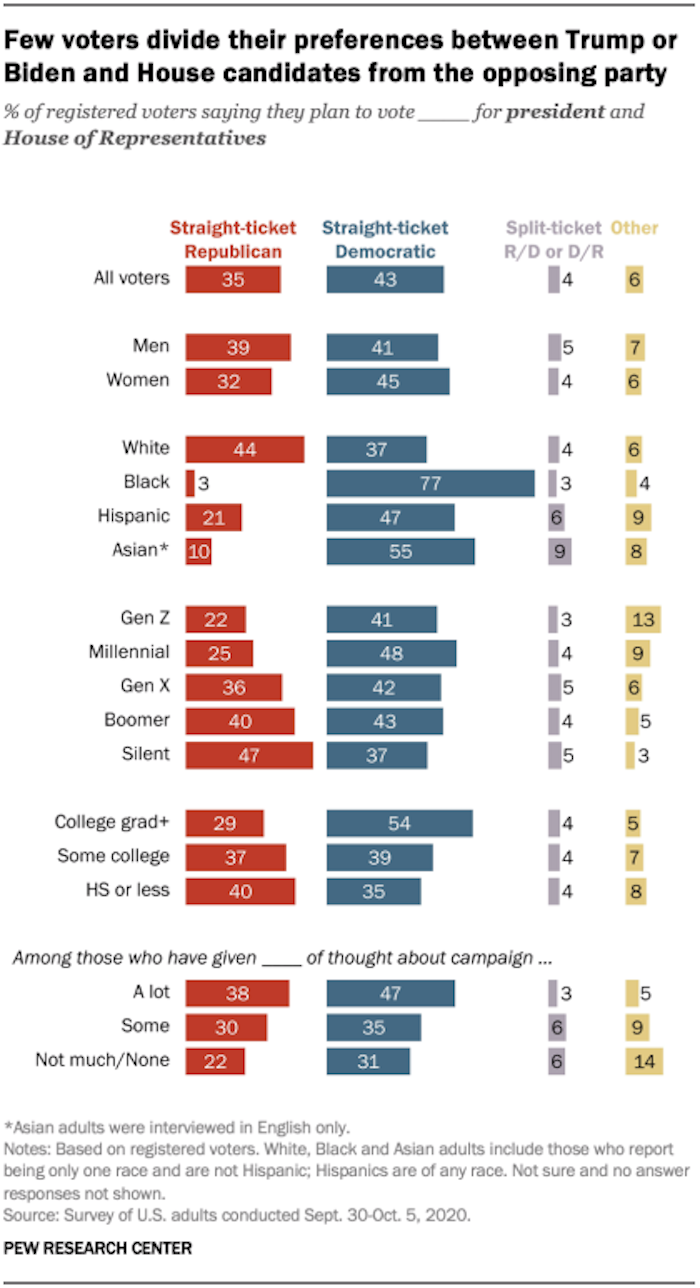 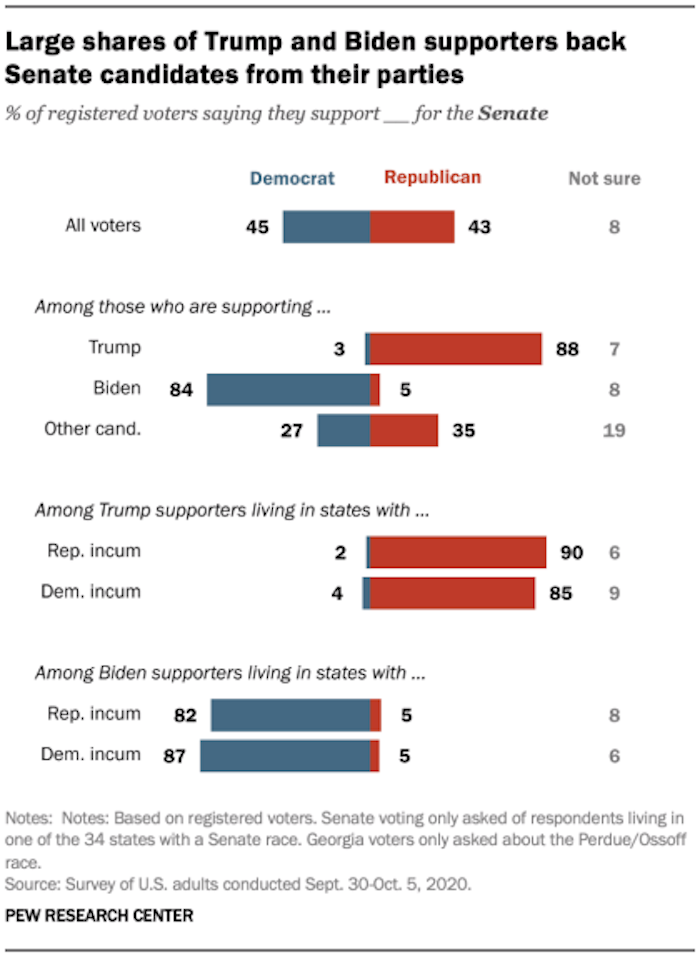 The charts above are from a recent survey done by the Pew Research Center. The survey was done between September 30th and October 5th of a national sample of 10,543 registered voters, with a 1.5 point margin of error.

The charts show that about 78% of adults are straight-ticket voters. That means they will vote for the same party for president, Senate, and House candidates.

Most people expect the House to remain in Democratic hands (and they may even have a larger margin that they currently have). The question is -- who will control the Senate. This poll would suggest that if the Democratic presidential candidate wins, it is likely that the Democrats will also take control of the Senate -- especially if the winning margin for president is a large one.