Public Has An Overwhelmingly Negative Opinion Of QAnon 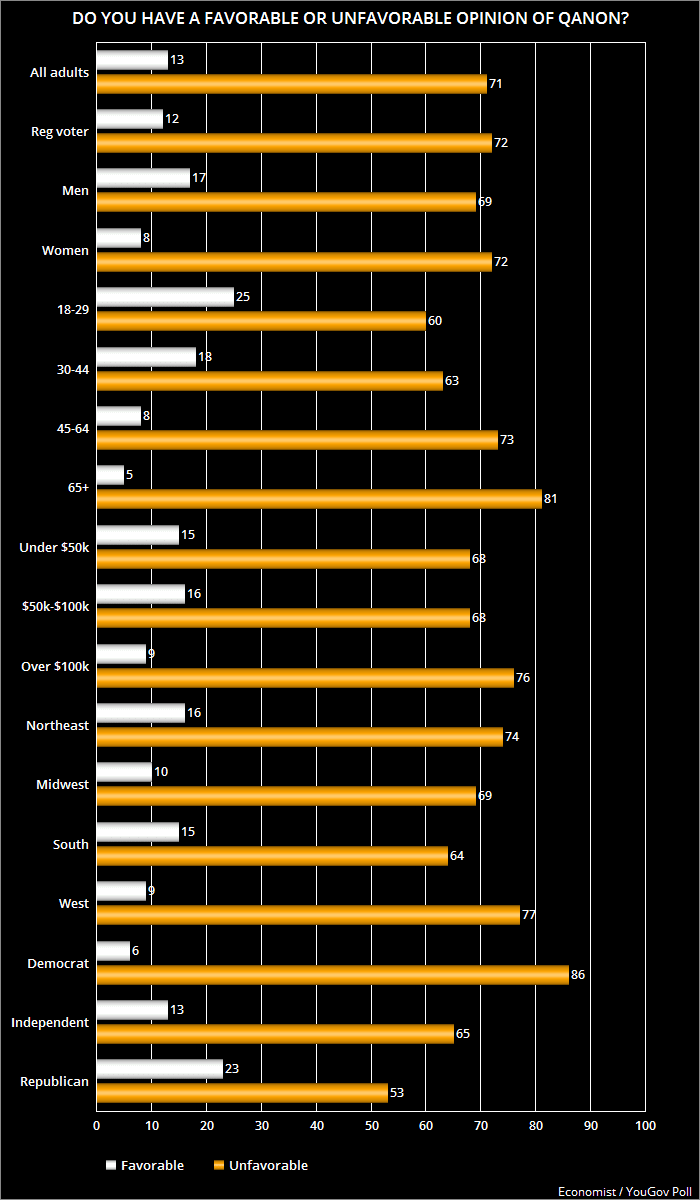 The chart above reflects the results of a new Economist / YouGov Poll -- done between January 24th and 26th of a national sample of 1,500 U.S. adults, with a 3.4 point margin of error.

The followers of the QAnon conspiracy theory are truly on the right-wing fringe. They believed Trump was the savior of this country, and would arrest leading Democrats (who they believed were cannibalistic pedophiles). They make up a large portion of Trump rally crowds, and of the rioters who broke into the Capitol.

They make a lot of noise, and that could give the impression they are a popular group with the American public. They are NOT! Only 17% have a favorable opinion of them (which I admit is far too many), while 71% have a negative opinion of them. And that is true of all groups -- with the negative opinion being much higher than the favorable one. It is even true among Republicans (where 23% approve and a majority of 53% disapprove).